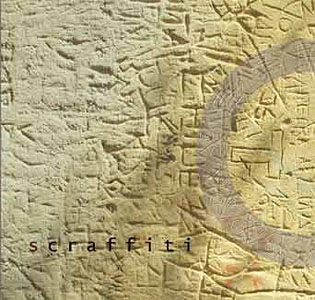 There is music that creates an environment by using sound more as an element of space than of time. It results in something unique, where the end of a piece does not bring about an end to the listening experience, but expands beyond the confines of time. This is what happens with "High Plains," where long and protracted notes from the saxophone and clarinet create an acoustic wave reminiscent of "Tnoona" on Art Ensemble Of Chicago's Fanfare for the Warriors (Atlantic, 1973), with its depth of sound and deep disorientation of memory.

There is obviously much more to this second album by Splatter, a multinational band based in London, England. Most of the space is dedicated to improvisation, to collective musical creation. In "Alarums & Excursions" the instrumental colors burn like a fire that races and fights through the voices of the saxophone, clarinet, guitar—and in particular the drums, which drive and define the music. Splatter's music often opens delicately, such as in "d-lite," which advances with strange liquid noises, timidly disguising its poetic exaltation.

Sometimes the music offers a gift of thanks, such as in "Low Thoughts," where the band plays freely without any motive or rationalization. Splatter's players don't focus on themselves as musicians, but as men and women on a collective journey. The guitar sounds ever more distant, captured within some far-off memory where music that might once have been is the music of the future.

At first glance this may sound like a band far from modernity, one that has merely dipped itself into the creative improvisation of the 1970s, but that would be to ignore the moments of tension, or the complete fusion of musical genres, such as in the groove of "Fresh Squalls," where gusts of wind breathe against the teasing feints of the drums, or the trills and rhythmic outbursts of "Lobster Quadrille"—another free tune —which encapsulates a thought, and is the fruit of a precise intention and its eventual realization.

Scraffiti is another dream, with sounds both fresh and familiar.