By Jim Santella
September 29, 2006
Sign in to view read count 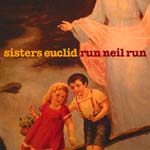 With a program of nine songs by Neil Young, Sisters Euclid offers a tribute that blends jazz and blues with hard-hitting rock. Elements from Young's days with Buffalo Springfield and Crosby, Stills, Nash & Young show up, but the emphasis leans toward his country blues lines.

Sisters Euclid, which is based in Toronto, is Kevin Breit's band. The group's connection with Neil Young runs deeper than an appreciation for his folk and country appetite. Young was born in Toronto. This tribute album honors a native son who has gained worldwide fame for his fiery guitar as well as his original songwriting.

Love is a Rose comes with a comfortable country twang, while "Ohio meanders through lonely city streets, and "Cinnamon Girl simmers gently in the shade of a majestic and aging tree. Breit's guitar interprets each selection with moody impressions that flow seamlessly around a central theme. Heart of Gold lets the band drive uninterrupted on a long-distance journey through space and time while Breit slides in and out of focus. His electric guitar exhausts the impression long before closing up, so the band repeats with an endless scenario.

"Long May You Run rambles slowly over a country texture that blends folk and blues into a melancholic impression. The testament that Sisters Euclid offers Neil Young comes straight from the heart with empathetic clarity.

About The Sisters Euclid