BY DAVE WAYNE
February 2, 2014
Sign in to view read count 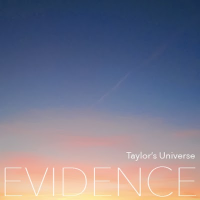 2013 was a banner year of sorts for Robin Taylor and his band, Taylor's Universe. The Copenhagen-based composer, keyboardist, and guitarist completed two albums Evidence, and Worn Out (Marvel of Beauty, 2013) and both stand among his finest work. A studio-bound aggregation, Taylor's Universe specializes in very personal and distinctive take on progressive rock. Instead of vocals, however, Taylor's Universe features horn soloists who find lots to say over the music's complicated chord progressions. Though Taylor clearly is not trying to revisit the 70s, the combination of heavy rock rhythms (usually in odd time signatures), dense, shifting harmonies, and extended jazzy improvisations recalls the music of old-school prog rockers such as Focus, Goblin, and King Crimson (especially Red, Atlantic Records, 1974). The symphonic sweep of Taylor's music also recalls some of Mike Oldfield's early work. Yet, there's something very individualistic about Taylor's music that pervades all of his recordings. Though his compositions can be heavy and brooding, there's a sly, subtle humor to them.

Evidence is distinct from its predecessor Worn Out in that the compositions are much longer and more drawn-out, with extended improvisations from saxophonist Karsten Vogel, guitarist Claus Bøhling and synthesizer player Thomas Thor Viderø Ulstrup. Progressive rock and jazz-rock enthusiasts will recognize the first two names; Vogel and Bøhling were charter members of one of Denmark's most famous bands, Secret Oyster. While Vogel has worked with Taylor off and on for over two decades, Evidence is Bøhling's first recording with the band. Neither of these musical veterans has lost a thing since their halcyon days in the 1970s. Vogel's a quick-witted, mercurial player who can flit from a wry Charlie Parker reference to post-Ayler squeals in the bat of an eye. Bøhling has that lush 70s tube amp tone, and though his approach is more rock than jazz-like Jan Akkerman and Jeff Beck-he's a dyed-in-the-wool improvisor and the sort of soloist you can listen to for days. Viderø Ulstrup, on the other hand, is a younger player, relatively unknown and unheralded outside of the Copenhagen music scene. Here, he crafts searing, playful single-line solos on what sounds like a vintage Mini-Moog in the manner of 70s synthesizer dynamos such as Jan Hammer, David Sancious, and Max Middleton.

Taylor's arrangements are pretty ingenious, and are actually quite a bit more complicated than the compositions themselves. He likes to break his melodies and themes up, making room for brief blocks of improvisation that last for 8 or 16 bars; a sort of call-and-response between the melody and the improvisor. "Buildings" is multi-part composition with a massive break about 2/3rds of the way through; the stately moderate tempo prog rock piece suddenly gives way to a fast- paced, dissonant progression with wild solos by Bøhling and Viderø Ulstrup which, in turn dissolves into a bubbling mass of low-fi effects as Vogel's tenor wraps the tune up. "Red Afternoon" opens with somber piano, Mellotron and Louise Nipper's wordless vocals leading the way into a funky Hammond-B3 fueled prog stomp; Taylor alternating a simple piano melody with Bøhling's wailing guitar solos. About half-way through, a new motif appears almost out of nowhere, and Viderø Ulstrup steps up for another very impressive solo, followed by Vogel on electronically processed saxophone. "Marie Marolle" balances a goofy toy-piano sounding melody on a very dark and malevolent chord progression; a combination that would make an exquisite a horror movie soundtrack. Drummer Klaus Thrane carries the album closing "Forever and a Day," which features improbable rhythmic shifts, a variety of different grooves, and incendiary solo exchanges between Vogel, Viderø Ulstrup, and Bøhling.

One could justifiably accuse Taylor's music of being formulaic, and there's a thread that runs through Evidence that characterizes a lot of his previous work. Yet, there's nothing wrong with having a formula that consistently provides the listener with challenging, eyebrow-raising music, and that's what Robin Taylor does time and again. He's a bit like a mystery writer, I suppose; someone like Jo Nesbø who fashions fresh and fascinating crime fiction using the same set of characters and the same settings. And like Nesbø, Taylor leaves his audience eagerly anticipating his next offering.