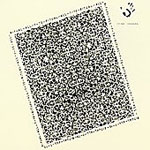 The musical piece on this second record by Alan Sondheim, Ritual-All-7-70, was created more than 40 years ago by Sondheim and a group of improvisers. It is not known whether there was an audience present during its performance—clearly one that was quite intensely joyful on that January day—or whether the audience was the musicians themselves, but it certainly was created with an audience in mind and spirit. Sondheim is correct in believing that music was never created or played without the audience. And this is also why the intensity is not only palpable, but joyful as well—even forty years after it was first performed.

All music is ritual, a reaffirmation of the unity of musicians and audience and on a much larger canvas it is also an affirmation of the humanness of all civilization, wherever it may exist. Sondheim probably set out to show how true this is—and he succeeded. There is an organic energy that runs through this music and the music appears to be propelled by inner rhythms of no fixed time and place. Perhaps this may be the reason why the music is fresh, even today, and has universal appeal. Quite simply this music describes anywhere that music is made.

The percussive nature of "770," the first track, may actually reference the very origin of sound, except that from the human voice, that is added when Ruth Ann Hutchinson adds her seminal wail to that created by the cornet and occasionally the saxophone on "771." Forget countries of origin. Instruments—the tabla, sona, koto and coranglais, can only suggest time and place. Thus "770" may be African, "772" is Chinese. And so on...

It would be a travesty to suggest that as the music progresses it parallels an excursion through various countries, just because this music stands for the very universality of the sonic "word." This is a pure expression of developing melody, harmony and rhythms that unfold organically to the idea of instrumental range and depth which, in turn, is used to create danceable music. Sondheim does suggest that this music may be replicated—not exactly, but definitely similarly—anywhere in the world. So if it sounds Balinese, which it does sometimes, or Indian, which it does at other times, or Middle Eastern, or Chinese or just plain jazzy—it does so because it is. Coltrane strove for music that was free of time and place, as did many who passed through life in the '60s. Perhaps Sondheim was part of that select few who understood that beyond the idioms and the turn of phrase, there was a purer sound that reflected joy. And this is best described on Ritual-All-7-70