By John Kelman
December 9, 2007
Sign in to view read count 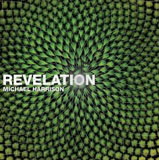 Certain instruments lend themselves more readily to unorthodox tunings. The guitar, for example, is an instrument tailor-made for alteration, with artists like Joni Mitchell creating dozens of altered tunings, encouraging approaches not possible with conventional tuning. Classical pianist/composer Michael Harrison has devised a unique tuning for the far more unwieldy piano that, while it may drive some piano tuners into a career change, yields remarkable and previously unheard of results on Revelation: Music in Pure Intonation.

Harrison, co-owner of one of the largest high-end piano retail and rebuilding firms in the country, is certainly qualified to consider alternate approaches, but it takes a distinctive imagination to create this tuning, an evolution of Just Intonation, where notes are distanced based on whole number ratios. It all sounds very pedantic and doctrinaire, but Revelation is anything but; a 72-minute tour-de-force that uses the minimalism of composers like Terry Riley and, in particular, La Monte Young (with whom Harrison studied) as a starting point, but speaks with a compositional voice, all its own.

Harrison's tuning allows for harmonic relationships that are simply impossible on a conventionally tuned piano, but while there are passages of dissonance and intensity on Revelation, this is largely an album of unexpected beauty. The opening "Revealing the Tones" might fit comfortably alongside ambient composer Harold Budd's lyrical and elegant music except that, unlike the majority of Budd's music, Revelation is a completely in-the-moment recording, with no overdubs, digital reverb, equalization or compression used—although the natural reverb suggests that the recording was made in a large room.

The more atmospheric but equally spare "Night Vigil II," possesses a micro-tonality that is pervasive of the entire disc, and creates an unexpected but delicate sense of tension amidst Harrison's restrained melodism. The quiet majesty of "Revealing the Commas" bears a hint of Erik Satie, but also a very un-Satie-like series of propulsive ascending and descending chords that seem to contradict the reality that this music is being made by one person alone.

A series of four "Tone Cloud" compositions best illustrate Harrison's innovative approach, often relying on minimalist-like repetition; but in the same way that artists like Steve Reich have long since expanded beyond the confines of early minimalism, so too does Harrison. There's a greater sense of density and forward motion on these pieces, which contrast sharply with the impressionistic simplicity of "Homage to La Monte" and brooding "Vision in the Desert." Still, there's an odd underlying sensuality about Revelation, despite an unorthodox sense of unease.

In a time when more music is being released than ever before, it's rare to come across an album that breaks new ground in such a significant way. While Harrison's music has its precedents, his Pure Intonation opens up entirely new ways to approach the piano. While the close proximity of his harmonies would suggest music that's jagged and angular, Revelation proves that there can be beauty in discord, and tranquility in the most unexpected of places.