BY GARETH THOMPSON
August 29, 2019
Sign in to view read count 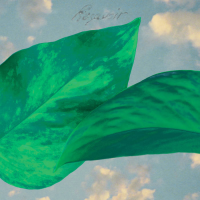 In the early 1950s, David Axelrod was hanging out in a Los Angeles park when a group of thugs mistook him for their target and sliced the musician with a knife. It feels apt to mention this in tandem with Resavoir's debut album for two reasons. Firstly, the shimmering spirit of Axelrod's music is a clear reference point here. Secondly, an echo of violence is strangely present on this mostly Saturnalian record, as witnessed on closing cut "LML," written after the 2018 mass shooting in Parkland, Florida. A potent elegy, like a Minnie Riperton lullaby, its melody rises in languorous scales with a lilt of pocket trumpet. "I love my life/And it's not over" croons Akenya Seymour, explaining the song title's initials. It makes a moving finale to an album more generally aglow with cool funk and chilled jazz.

Resavoir is the brainchild of producer/arranger Will Miller, also a member of mellow indie band Whitney. For this project he took composed elements, recorded jams and samples from numerous Illinois musicians, then spliced it all to near perfection in his modest studio. The result is part Chicago spiritual, part "Hashbury" in vibe, with Axelrod and Donald Byrd as useful yardsticks.

A swoon of scat vocals, delirious Wurlitzer and strings mark the "Intro" piece. Seymour's honeyed voice and Miller's trumpet then melt together on "Resavoir" as flute and sax gyrate towards a harp-driven coda. More golden harp strumming adds to the stoned melody of "Taking Flight" with its wigged-out brass and reeds. "Plantasy" finds Miller's stately piano and a miasma of instruments on one cosmic course, whilst "Clouds" has gibbering drums and skirls of sax. Miller returns with sumptuous trumpet in hand for "Woah" then drifts it weightlessly over electric guitar on "Illusion." Is it so hard to imagine Jimi Hendrix having taken such a path as this, had he survived?

Before the previously mentioned "LML" comes "Escalator" to bring a spaced-out rap amid flashes of brass and a skipalong rhythm. Both songs offer a surprising bonus on top of the instrumental dreamscapes preceding them.

To freak out in such a woozy way as this takes great melodic skill. Resavoir's name might sound aquatic, but their music is Aquarian to the core.