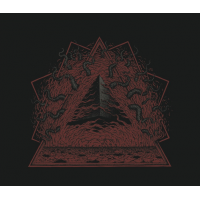 As one would hope for an outfit on its third studio release, the Quantum Trio has established a sonic niche while refusing to settle into it. The Dutch trio's somewhat off-kilter lineup (piano/sax/drums) is still matched by compositions brainy, stimulating and off-the-wall wacky. Red Fog is somewhat less full-throttle wild than the preceding Quality Studio Live (self produced, 2019), though not by very much. It just means the sounds are all acoustic (no electric keys or distortion fuzz this time) and there are a couple more slower breathers than before; here they're cruising at high speed without necessarily needing to take all the brakes off.

Even if the songs and titles don't revolve around heavy-level scientific concepts this time around, the players are no less sharp and cerebrally engaged than before. The laser-sharp performance has them constantly bouncing off each other, never losing step even while careening like a rollercoaster. The craziness gets to the point of overload more than once—"Liquid Fire" alone signifies some kind of mental breakdown, and the downright menacing title track encapsulates a pressure gauge with the needle going dangerously into the red. At the same time there's still a definite balance in tones, as evidenced by the simple beauty of "Streams" or the patient restraint shown in the easy-flowing "Passing Time."

On the surface it offers some wicked grooves to simply follow along with. On a conceptual level, there are twists and turns the brain can get lost picking apart. Where the writing is concerned, the trio doesn't let the precision get in the way of stretching and exploring any given framework in the moment in surprising ways. It is still an infinite universe out there, and Red Fog is more electrifying evidence of the Quantum Trio's bottomless imagination about its possibilities.