By DAVID MCLEAN
September 15, 2011
Sign in to view read count 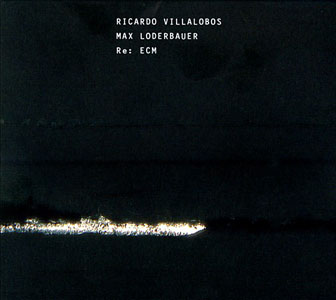 Over the past decade or so, the ECM label has been flirting with elements of electronic music in varying degrees. Evan Parker's Towards The Margins (1997) introduced electronic manipulation in the live processing of sound as a new improvisational tool, embellishing the saxophonist's already avant-garde collection of instrumentation. Since then, subtle machinations have crept into other releases from the label, But with Re:ECM, label head/producer Manfred Eicher has made a clear and bold statement—a full embracement of electronic music-making.

Over the course of two discs, acclaimed DJ/producers Richard Villalobos and Max Loderbauer redefine a wealth of varied source material from the likes of Arvo Part, Christian Wallumrod, Paul Giger and John Abercrombie. Evoking sounds as varying minimal techno, ambient music, glitch and, in one instance, "straight" jazz, the music is never laborious, due to the range of musical textures covered, and those devoted to the label will be eager to hear the reimagining of some of their favorite artists.

The ECM albums Villalobos' selections were based on feature tracks recorded singularly, in different rooms to allow the maximum manipulation of sound. The main theme running through the record is the appropriation of ECM's classic use of silence—the delicious reverb in-between notes often being the ambient basis for most of the duo's experimentation. This is particularly true for the remix of Arvo Part's seminal Kanon Pokajanen (2000). The choral vocals are all but reduced to ghostly tendrils of sound—coruscating around the thick ambience like coils of smoke. Those of the opinion that electronic music is cold and clinical need only hear this piece, which manages to be resolutely human and beautiful through only the suggestion of sound. Almost in reversal, Tatiana Melentieva's soprano' on "Resole" pushes the vocal to the fore, backed by low-key synths and granular glitch beats that sound like Supersilent at its most subdued.

Wallumrød's canon is give particular focus throughout the set. "Reblop" kicks off the album, establishing its core; the Cage-ian percussiveness of the piano melody matched by the spliced sounds of drum kits creaking, and snippets of broken harp melodies showering the melody figure like confetti. The duo is unafraid to play it straight though, toying only slightly with bassist Miroslav Vitous' composition on "Reemergence"—almost as a statement that both these men possess an astute knowledge of ECM jazz.

And it is this knowledge—more fittingly, love—that can be felt with these experiments. Each track is treated with respect and in keeping with the label's aesthetic, yet unafraid to push boundaries, which is what Re:ECM does in abundance. It lacks the academic coldness of similar recording on the Raster Noton label and feels more mature then neoclassical stylings of electronic composers like Deaf Centre. Hopefully, this recording will work as a two-way street—giving jazz fans an insight into experimental electronics and vice-versa. With an appearance scheduled, along with Wallumrød at this year's Unsound festival, here's hoping that this experiment isn't a one off. It would be exciting to see what recordings the duo turns its hands to next.