BY FRIEDRICH KUNZMANN
June 9, 2019
Sign in to view read count 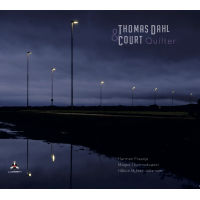 The concept doesn't crucially change on the well-thought-out measures that follow, but experiences extensions; "Ballestre" has a freer attitude before a wistful coda gathers the group back together. "So and So" and "Dice" are more playfully tempered and arranged in a deconstructed manner before leading back to the more through-composed sketches, "Rad 3310" and the title track, thereby bringing the album to a somewhat closed loop. The final cut, "Procession," works as a swift epilogue that quietly reflects on the large amount of information that has just come to pass.