By Jakob Baekgaard
December 2, 2016
Sign in to view read count
Sometimes, the answer to the quest for an original sound is so obvious that it is overlooked. While many European jazz musicians have tried to imitate the sound of the American jazz scene and the pulse of New York, fewer have tried to reach back into their own musical heritage. Two new Danish jazz releases find inspiration in their home country. One through the European tradition of psalms and the other through the works of a Danish poet. 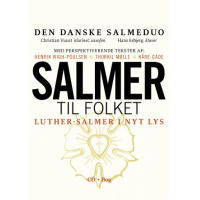 When it comes to a particular repertoire, many jazz Danish musicians have played standards, but too few have really embraced the great tradition of folk songs and psalms. However, the great Danish bassist, Niels-Henning Ørsted Pedersen, did a great deal to promote a Scandinavian repertoire and to Danish saxophonist, Christian Vuust, the legacy of Danish folk songs and hymns continue to provide inspiration for his work.

Vuust has previously recorded in a duo with the acclaimed pianist, Aaron Parks. They explored the power of songs on the poignant Storytelling album (Aero Music / Self Produced, 2015), but Vuust has also worked with Danish pianist, Hans Esbjerg. They have made it their specialty to interpret psalms and on Salmer til folket. Luther-salmer i nyt lys, they explore psalms penned by the highly influential professor of theology and priest, Martin Luther (1483-1546). He was a key figure in the Protestant Reformation, but Luther also loved music and composed music himself and his psalms are an important part of the European and Danish tradition of religious music.

Vuust and Esbjerg take these psalms and respectfully retain their poetic spirit while also adding a jazz-influenced aesthetic. The result is music that is both lyrically calm and clear and at times swings lightly. Thus, "Nu bede vi den helligånd" shuffles along with a bluesy twist.

Blues is present, but the inspiration from jazz greats, John Coltrane and Keith Jarrett, is also mentioned in the excellent song notes that accompany the music, along with well-written essays about Luther, the reformation and the connection between psalms and jazz (unfortunately only in Danish).

Packaged in a hardback-style book, Salmer til folket. Luther-salmer i nyt lys is a release that oozes quality and there is depth and beauty in the words and music. 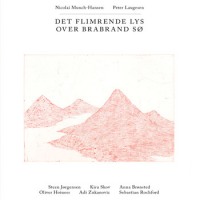 Danish bassist Nicolai Munch-Hansen has also found inspiration in words, but instead of the old psalms, his love revolves around the beatnik-inspired poetry of the great Danish poet, Peter Laugesen. Whereas Den Danske Salmeduo translates the words of Luther into pure music, Munch-Hansen transforms Laugesen's poetry into real songs, enlisting the vocal talent of Steen Jørgensen, Kira Skov and Anna Brønsted.

Munch-Hansen's music on the album is closer to atmospheric indie-rock than jazz, but his attention to details reminds one of his connection to the jazz scene. His songs are not only tuneful, but also fascinating soundscapes that it is possible to get lost in, just like one can be immersed in the music of Laugesen's words. In fact, the homage to Finland-Swedish modernist poet Gunnar Björling on "Til dig Gunnar Björling fra mig" emphasizes the pure play of nature and words while others are attempting to fence poetry in with regular meaning.

The most impressive thing about Det Flimrende Lys Over Brabrand Sø is that Munch-Hansen succeeds in transforming Laugesen's words into real, natural songs. They don't feel like failed poetry readings. The diction is completely natural and the singers breathe the words of the texts like air.

The packaging is a bonus. A truly stylish effort sporting an elegant cover illustration and all the texts (in Danish) in a soft cover mini-book. It is a little work of art that perfectly suits the music.