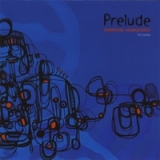 On Prelude: to Cora, trumpeter Ambrose Akinmusire offers a wide-open musical perspective, inviting a wealth of influences to shape a personalized approach to improvisation and composition. Akinmusire seems content with allowing the music to fall where it may; eschewing trends and any pre-conceived notions about what is expected from a debut recording.

The Oakland, California-native generously shares the spotlight with his ensemble of like-minded collaborators. Pianist Aaron Parks, vibraphonist Chris Dingman, tenor saxophonist Walter Smith III, bassist Joe Sanders and drummer Justin Brown each bring a voice of distinction, leading the way for much of the session. Brown's beat-box-meets-Tony Williams fury on the opening "Dreams of the Manbahsniese" is a fascinating contrast to Akinmusire's flowing theme. Dingman is downright hypnotic on "Vibe Solo Intro" and "Aroca." Parks demonstrates imaginative solos and contributes the pop-influenced tune "Ghost Ship."

Although Akinmusire's trumpet playing is not the primary focus here, there is plenty of space allotted for the leader's acrobatic blowing. The spontaneity and forcefulness on "HumSong (Skidrow Anthem)" balances nicely with the more melancholic "Trumpet Intro/Dedication to Ruby." The young trumpeter's straight-ahead chops are showcased on Benny Golson's "Stablemates," performed as a duet with Parks.

Prelude: to Cora is so full of unbound creativity, it will be interesting to see what this emerging artist has in store for the jazz world.