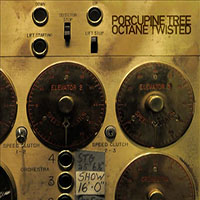 Like it or not, the near-term future of British progressive/psychedelic rock Porcupine Tree is in a place of relative uncertainty. When group founder/singer/primary writer Steven Wilson was interviewed for All About Jazz in support of his the live solo set Get All You Deserve (Kscope, 2012), he revealed that 2013 will be focused largely on The Raven That Refused to Sing and Other Stories (Kscope, 2013)—the studio follow-up to his stellar sophomore studio date Grace for Drowning (Kscope, 2011)—and an accompanying world tour with largely the same lineup heard on Get All You Deserve. He also admitted that he is "not particularly inspired to make a record with Porcupine Tree right now," and that, "therefore, the worst thing I could do would be to make a Porcupine Tree record." This may not be an admission that PT is over for good, but it does suggest that it's going to be another year, at the very least, before Wilson's interests return to the group which also started as a solo project for him in the early 1990s, becoming a real group only when Wilson needed to put one together to perform his music live.

All of which makes Octane Twisted an important release for Porcupine Tree fans. A live recording from an April, 2010 performance of the group's last studio recording, The Incident (Kscope, 2009), in its entirety, Octane Twisted also comes with a second disc containing additional songs recorded in the same Chicago performance at The Riviera, as well as three tracks culled from a show at London's Royal Albert Hall half a year later. A limited edition hardback digipak comes with a 44-page booklet of photography from the shows as well as a DVD of The Incident performance—but nothing else. For those who felt The Incident—a 56-minute concept record that was met with mixed feelings from both critics and fans—was a step backwards for Porcupine Tree, any such concerns should be allayed by this thrilling live performance; it's faithful—almost literal—to the original, and yet, performing in front of an empathetic, engaged and energetic audience clearly makes all the difference.

Porcupine Tree's last few records have reflected a more egalitarian approach, with production credits going to the group rather than to Wilson alone beginning with 2007's Fear of a Blank Planet (Atlantic), and more collective/collaborative writing as well. While there's no doubt Wilson is the band's front man and primary instigator, the collective sound of Porcupine Tree is absolutely the consequence of its four primary participants—also including keyboardist Richard Barbieri, bassist Colin Edwin and powerhouse drummer Gavin Harrison—and, in concert, with the participation of touring guitarist/backup vocalist John Wesely. Watching the DVD, however, the clean and revelatory multi-camera shoot and rich sonic productionalso makes clear that as good as Porcupine Tree is, and as much as it's evolved a recognizable sound that has been responsible for building a strong and devoted fan base—despite going through three distinct stylistic phases since Wilson released his very much DIY debut , the psychedelia-drenched On the Sunday of Life (Delirium, 1992)—there are absolutely limitations that, with the possible exception of Harrison, would simply make Porcupine Tree's involvement in Wilson's current solo material not possible.

Still, this live version of The Incident, as King Crimson co-founder/guitarist Robert Fripp—with whom Wilson has been intimately involved these past few years, working on the progressive rock progenitor's back catalogue for its 40th Anniversary Edition's 5.1 surround sound mixes—often refers, when speaking of his own (now-defunct) group, is absolutely the "hot date" alternative to the studio version's "love letter." The second CD includes a cross-section of PT material dating back to 1995, with "Stars Die" making its first full-band live recording debut here, after lack of space turned a planned in-store Orlando, Florida PT appearance where the song was to be performed, later released as We Lost the Skyline (Transmission, 2008), into an unplugged duo set with Wilson and Wesley alone. The enduring "Even Less," from Stupid Dream (Kscope, 1999), also gets its first full-length live recording here, though the fourteen-minute version of the original seven-minute studio take did resurface again, for a larger audience, when Kscope reissued Recordings in 2010—originally a limited-edition collection of b-sides and rarities, put out to maintain momentum between the Pink Floyd-esque Lightbulb Sun (Snapper, 2000) and more metal-tinged In Absentia (Snapper, 2002).

So, is Octane Twisted an essential PT recording? With a full performance of The Incident that easily trumps the studio version, 72 additional minutes of prime PT material from its back catalog and an optional DVD performance of The Incident, it certainly stands up easily alongside the group's previous live CDs and DVDs. Porcupine Tree fans will, no doubt, hope that this isn't the group's final gasp, but if it were to be its swan song, this contemporary progressive rock group could have done worse...and certainly not a whole lot better.