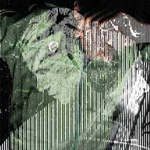 I have no idea how to categorize this record, the fourth from this Swiss trio, which calls itself Format A'3. It's hard bop with free inclinations and electronic savvy, and it's also post-rock with funk tendencies, and it's also ambient and fusiony sometimes. So that's a point for the group.

Here's another point: the music is riveting. The album opens up with edgy old-school synth noises on "Ouverture No. 5"; these resolve into a loop and are soon softened by the band's smooth 5/4 groove, led by Alexis Gfeller's work on the Fender Rhodes. Patrick Dufresne's big fat drums roll all over the place, bolstered by a lot of fancy bass work from Fabien Sevilla. After a while, you kind of forget that there is still a really annoyingly wonderful synth loop rolling around in your left speaker... but it's there. Then it disappears, and Sevilla really lets loose. Then it comes back.

Then there are tracks like "Juillet Août," which is just a very sweet, nice little piano melody played over a fascinating shifting up-tempo drumbeat. Sure, you never quite know what the time signature is supposed to be, if there is one at all (maybe it's 7/8, maybe not), but why get hung up on specifics? The two tracks called "Goccia" are a great double punch—the first is a good old-fashioned straight-ahead piano trio piece, full of Gfeller's lovely lines and Dufresne's lovely brushwork, while the second one is something else entirely: still jazz, still pretty, but much darker.

But then you have pieces like "Formatique," in which hydraulic noises and cool space squiggles are used as percussion against a freaky unusual rising piano melody and Sevilla's heartbreaking bow work. On the slow-roasting "DSG," they go all minimalist beat-box plinky-plonky before suddenly turning into Tony Williams' Lifetime and rocking the hell out! "Take" sounds like Tortoise, while Dufresne manages to make his drum beat sound like barely suppressed rage. "Les Éclipses" is all Pink Floyd and pistols at dawn.

So yeah, it's all over the place. And amazing.