Warren Wolf is a Baltimore-born vibraphonist and a member of the SFJAZZ Collective. Reincarnation (2020), his fourth album as leader on Mack Avenue Records, sees Wolf dive into an entirely different side of his musical personality. We got together via ZOOM to talk about his musical influences, how he's staying creative during the COVID pandemic and his new album. All About Jazz: Were you born and raised in Baltimore? Warren Wolf: Yes, Baltimore is home! I ... 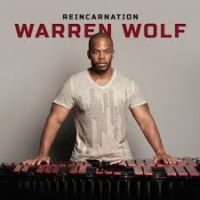 Less a true rebirth than a return to the stylistic suggestions that surrounded Warren Wolf's ears in the 1990s, Reincarnation finds the forty-year-old vibraphonist folding his serious jazz persona within settings that lean heavily on soul and R&B. Embracing the grooves, glazes and hooks endemic to those realms, Wolf delivers music that's both slick and smile-inducing. Paving the way for what's to come down the road, Baltimore radio personality Marcellus “Bassman" Shepard introduces the “new" Warren Wolf ... 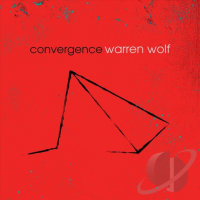 The paucity of jazz vibraphonists may be due in part to the complexity of mastering an instrument that's like a hybrid of drums, percussion and piano. Notwithstanding, one of the instrument's brightest stars is 36 year old jny: Baltimore native Warren Wolf, a rising virtuoso whose form and technical abilities continue the lineage of great vibe players such as Milt Jackson, Bobby Hutcherson and Stefon Harris. Convergence is outstanding and features Wolf's superb trio with longtime mentor ...

[ Editor's Note: The following interview is reprinted from George Colligan's blog, Jazztruth]Warren Wolf is an amazing young multi-instrumentalist from Baltimore. He plays the drums quite well, and I've hired him and worked with Wolf the drummer in a number of settings. He is the premier young vibraphonist on the scene. He also plays piano and bass extremely well. I hope he doesn't play anything else! You might have seen him with Christian McBride or his own group. ...

Warren Wolf has made his name by playing the vibes, which he does with aplomb. He's as much a virtuoso on the instrument as anyone, even including his jazz elders. That may be, in part, because he was influenced by the sound of Milt Jackson and studied with one of the best in Dave Samuels, while his attack is more influenced by horn players like Charlie Parker.His technique is immense. None other than the great bassist Christian McBride ...