Get the best players together and let them work things out. I don't believe in editing, but seek instead to get the best possible performances.
—Paolo Piangiarelli (Founder, Philology Records)

No one ever said running a jazz record label was an easy business. But Paolo Piangiarelli, a devoted jazz fan who named Philology for Phil Woods (using the alto saxophonist's famous leather cap as his logo), has managed to stay afloat in spite of the financial and marketing challenges of running an essentially one-man operation on a shoestring, launched in 1987 after five years of planning. Since then, Piangiarelli has issued a phenomenal number of new releases featuring visiting Americans and some of the best Italian players, in addition to numerous historical discoveries/reissues, totaling over 400 albums to date.

The Italian had long been a jazz fan prior to entering the record industry. Piangiarelli explains: "At the age of 15, the Gerry Mulligan-Chet Baker Quartet and Charlie Parker both shocked me. Phil Woods blew me away when he came to Europe in 1968, when he played with his European Rhythm Machine [George Gruntz, Henri Texier and Daniel Humair] in Bologna. After listening to jazz for many years, I started Philology to capture encounters that I thought American producers had overlooked." 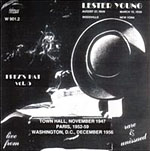 But the Italian producer was not satisfied with duplicating the approach of other labels. "Since Italian jazz, which I knew well, had reached a high creative level in the '70s and '80s, I decided to pair some of my country's top players, including Franco D'Andrea, Enrico Pieranunzi, Enrico Rava, Stefano Bollani, Massimo Urbani and Renato Sellani, with my favorite American musicians, among them Phil Woods, Lee Konitz, Chet Baker and Tony Scott." The reaction was enthusiastic from both continent's players, with Woods and Konitz both returning to record numerous sessions for the label. Other Americans who have recorded for Philology include Mal Waldron, Mike Melillo, Hal Galper, Peggy Stern, Bob Dorough, Nancy King, Royce Campbell, Virginia Mayhew and Rebecca Coupe Franks.

Philology also provided an outlet for rare sessions by past greats as well. "I also intended for Philology to release great unissued or undervalued historical jazz by legends like Charlie Parker and Lester Young. In July 1987, I released Bird's medley of "Body and Soul" and "Honeysuckle Rose," which predated his Wichita sessions with Jay McShann. I've issued 25 volumes of Parker [Bird's Eyes], with many more unreleased. I've also planned 40 volumes of Lester Young [Prez' Hat] and 36 volumes of Clifford Brown [Brownie's Eyes], though I haven't been able to find the funding to put out all of them. Running Philology has not been for profit; my income from CD sales is reinvested in the making of new recordings, with both great names and unknown newcomers."

His recording philosophy is simple: "Get the best players together and let them work things out. I don't believe in editing, but seek instead to get the best possible performances." It is not surprising to see a typical Philology CD approach the total time capacity, sometimes including valuable alternate takes that others might leave in the vault.

Piangiarelli feels special about each release, yet there are a few that stand out. He is very proud of the Italian musicians featured on the label. "I treasure the 15 records by altoist Massimo Urbani [who died under tragic circumstances], who is little known in the US. Also the debut of young geniuses like pianists Stefano Bollani and Alessandro Lanzoni, teenage altoist Francesco Cafiso [who turned a lot heads at the 2004 International Association for Jazz Education Conference in New York City during several packed late night sessions]."

Woods and Konitz are also special musicians to the producer, as he has recorded each of them many times over the past 21 years. He's very fond of his series of seven CDs (made over five days) featuring Phil Woods with different Italian musicians, including Woods' first appearance exclusively on clarinet (with guitarist Irio De Paula), in a duo setting, no less. Konitz made an unusual duo concert with D'Andrea, playing 12 Gershwin tunes in 12 different keys. The alto saxophonist's Self-Portrait is an unaccompanied session, with each track overdubbing four separate lines. Another favorite is Voce E Eu, a Jobim songbook pairing Bollani with vocalist Barbara Casini. 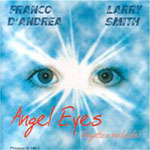 Like Norman Granz and a few others who preceded him, Piangiarelli will record a jazzman who he loves and admires, even if he feels that the commercial potential is very limited. "I heard alto saxophonist Larry Smith perform in Italy and paired him with Franco D'Andrea in the studio soon afterward. While his CD, Angel Eyes, has not sold very well, that isn't important to me. At least it is there for jazz history."

Publicity is a stumbling block for many independent labels, while European labels like Philology have an added burden. "Many major jazz magazines tend to favor labels that advertise with them, even when my artists like Phil Woods and Lee Konitz are well known to their readers. Yet they overlooked many of Woods' and Konitz' CDs for my label, even their four recorded meetings together! Fortunately, that is not the case in Japan, where Philology is well known. One European distributor refused my records because they didn't like the graphics. That's just dumb!"

"I'm highly satisfied with the very hard work done over the years. I'm planning more sessions with Lee Konitz, including Nino Rota's music, new originals by Lee, Burt Bacharach, each of them quartets with pianists Paolo Birro, Piero Pratesi, Antonio Zambrini and Alessandro Lanzoni. So far, I've done over 40 records with Lee, over 30 with Phil, around 40 with Franco D'Andrea, 64 with Renato Sellani. It's been a privilege to work with all of them."

The producer is also expanding his musical horizons. "I've launched a 'Revelation' series that is dedicated to new discoveries. It started off with the Bill Evans-influenced pianist Alessandro Lanzoni. But I'm also looking for international talent, both old and new, among them guitarist Lew Woodall [a 65-year-old Virginia resident], Canadian pianist Miles Black, Brazilian guitarist/vocalist Rogerio Tavares and many more."