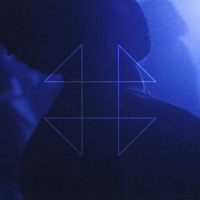 Los Angeles-based alto saxophonist Sam Gendel produced every sound on this album live, using only his saxophone. But you would be unlikely to think so after hearing it. Opening track "Anemone Swerve" sounds like an outtake by trumpeter Jon Hassell—returning the favor for Hassell's reedy, somewhat saxophone-like trumpet sound. Gendel also favors the same sort of electronic processing, employing harmonizer, reverb and delay. "East LA Haze Dream" has a base of an oscillating drone with heavy reverb. Gendel plays short echoing saxophone lines over it (his horn briefly does sound like a saxophone here).

"Trudge" employs a drone with rhythmic key-clicks and breath sounds, the saxophone sounding like a percussion instrument. "Hyena" uses constant, disorienting pitch bending, while "REV" consists almost entirely of a short rhythmic loop. "Final Chapter" is a mesmerizing combination of several of these techniques, with two loops (clicking and harmonized chorus) over a drone coupled with a questing melody. Closer "ZeroZero" lulls the listener with its dense, slowly shifting drone before its abrupt end. One imagines it could have gone on forever.

There have been other instances of saxophonists working with electronics—going at least as far back as keyboardist/composer Terry Riley's influential album A Rainbow in Curved Air (CBS Records, 1969), which featured his soprano saxophone played through a tape delay system. But Gendel has found a truly individual voice. This music was inspired by the motion picture The Labyrinth & The Long Road, directed by Daniel Oh. At just under a half hour it paints a vivid interior soundscape. Recommended to ambient music fans.