Part 2 - Fela Anikulapo Kuti and the sack of Kalakuta Republic

BY CHRIS MAY
September 4, 2009
Sign in to view read count
Part 1 of the Afrobeat Diaries looked at the circumstances surrounding Fela Kuti's 1974 album Alagbon Close (Jofabro), the first of Kuti's discs so explicitly to expose the brutality and injustice then, as now, rampant among the Nigerian police and judiciary.

Part 2 first relates the consequences of that brave album, which began with a police attack on Kuti's self-declared "Kalakuta Republic"—the live/work compound he'd established for himself and Africa 70—on 23 November, 1974. The attack was chronicled on the album Kalakuta Show (EMI Nigeria).

Following the release of Zombie (Phonogram Nigeria), an incendiary lampoon of the military, the Nigerian army staged an even bigger and more savage assault on 18 February 1977, during which Kalakuta was burnt to the ground and its occupants beaten, or raped, or both. 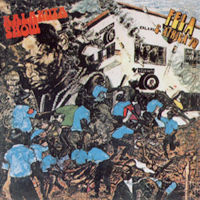 Although the police attack on Kalakuta in November 1974 was on a smaller scale than the army's attack in February 1977, it was a gruesome affair. On the pretext of searching for a young woman who it was alleged Kuti had abducted, the police staged a surprise assault on Kalakuta.

After breaking down the fence which surrounded the compound and throwing teargas canisters into its buildings, they set about anyone they could lay their hands on. Kuti was so badly beaten that he spent the next three days under police guard in hospital, no visitors, and especially no photographers, allowed, before his lawyer succeeded in getting him released on bail. Following a menacing introduction by the Africa 70 horns, a tough tenor saxophone solo from Kuti, and underpinned throughout by insistent drums and shekere, the title track on Kalakuta Show relates the story.

Wrasse Records' reissue of Kalakuta Show includes another top drawer album, Ikoyi Blindness (African Music International), released a few months later. On Ikoyi, Kuti celebrated his change of middle name from Ransome, which he now considered a slave name, to Anikulapo, and Africa 70's rebirth as Afrika 70. The cover showed Ransome crossed out, with Anikulapo added in above it (see next page). 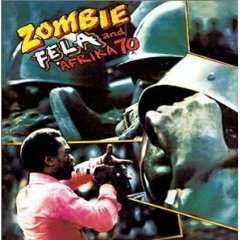 The fury stirred up among the Nigerian authorities by Alagbon Close, and then by Kalakuta Show, was as nothing compared to the reprisals conducted against Kuti and his band following the 1976 album, Zombie.

On the title track, over urgent, quick-march accompaniment from Afrika 70, Kuti and his backup singers ridicule the mindset of the Nigerian army. "Attention! Quick march! Slow march! Salute!" Kuti sang, "Fall in! Fall out! Fall down! Go and kill! Go and die! Go and quench!" Each phrase is followed by the women singers' taunting response, "Zombie!"

For the army, Kuti's lyrics were the final insult, a direct attack on its pride and standing, made more wounding by the fact that the collective alpha males were being made to look foolish, in part, by women. The army's response was terrible...

On 18 February, 1977, around 1,000 soldiers, most of them armed, swooped on Kalakuta. They cordoned off the surrounding area, broke down the wire fence around the community's buildings, and kicked their way into the central structure. Occupants were stripped and barbarously abused: particularly unfortunate men had their testicles beaten with rifle butts; particularly unfortunate women were raped (one also had her nipples crushed with stones). Kuti himself was beaten close to death, sustaining a fractured skull and several broken bones. His mother, then aged 77, was thrown from an upstairs window, fracturing a leg and suffering deep trauma. The army then set fire to the compound and prevented the fire brigade reaching the area. The ensuing blaze gutted the premises, destroying six Afrika 70 vehicles, all Kuti's master tapes and band equipment, a four-track recording studio, all the community members' belongings and, for good measure, the free medical clinic run by Kuti's brother, Dr Beko Kuti (also severely beaten in the attack). The first journalists to arrive on the scene were assaulted by soldiers. Inquisitive passers-by were similarly set upon. The army didn't want any witnesses. (They were unsuccessful at least in that: Kuti sent several dozen photos of the immediate aftermath of the attack to Black Music magazine in London, which published them along with the testimonies of Kalakuta residents). 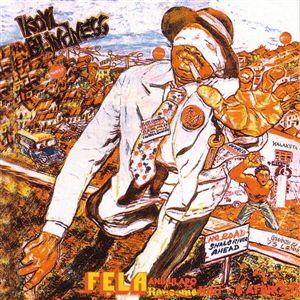 Although Kuti won the war of words which followed, he sensibly decided to leave Nigeria for a while, and in October went into voluntary exile in neighbouring Ghana. But his political stance didn't endear itself to the Ghanaian authorities either—particularly when protesting students starting shouting "Zombie!" at police and soldiers in the streets—and Kuti was deported back to Nigeria after a few turbulent months.

In February 1978, to mark the anniversary of the previous year's pillage, and to affirm his embrace of African culture, Kuti married 27 women simultaneously in a traditional ceremony. After his mother died a few months later, Kuti and Afrika 70 recorded Coffin For Head Of State (Kalakuta Records), which explicitly blamed the Nigerian head of state, General Olusegun Obasanjo, for her death. The day before Obasanjo retired from office for the first time, on 1 October, 1979, Kuti and his friends and family marked the occasion by depositing his mother's coffin at the gate of Obasanjo's residence in Dodan barracks. If the military thought they could silence Kuti, short of killing him, they were very wrong, as demonstrated by Coffin and other courageous albums including Unknown Soldier (Phonodisk), Sorrow Tears And Blood, Vagabonds In Power and Authority Stealing (all Kalakuta Records).

Wrasse Records' reissue of Zombie includes two valuable, previously unreleased tracks, "Observation Is No Crime" and "Mistake." The second of these, a medium-paced, conga-rich, 15 minute tour de force by Afrika 70, with excellent solos by trumpeter Tunde Williams and Kuti, on saxophone, was recorded live at the Berlin Jazz Festival in 1978. Incredibly, it is accompanied throughout by booing and cat-calls from the audience, a large number of whom appear to have gone along only to attack Kuti for his perceived attitude to women. But Kuti and Afrika 70 had faced much worse than this the previous year, and continue cooking up a storm, unfazed.