A lifelong preoccupation with traditional New Orleans jazz inspired my book, Preservation Hall (W.W. Norton, 1991). While doing my own shooting, I uncovered a trove of historical photos I decided to mix with my own (sources available on request). Like the music itself, this project is a blend of old and new, personal and professional. Blogs, like recordings, add a fresh dimension to a traditional art.

In the 1970s and '80s I paid regular visits to New Orleans. I was invited to play with some of the brass bands. In the sweltering streets and shuttered funeral homes, I juggled a clarinet in one hand and a camera in the other—not easy to do, or forget.

Jazz was born in the 1890s when strutting brass men and parade drummers, performing street marches and wailing spiritual dirges, went indoors, or up onto park bandstands, for "sit down jobs." There, the marches merged with country blues, parlor ragtime, and popular dance songs utilizing stringed instruments like the guitar and piano. By the early 20th century, in these cultural wetlands near the mouth of the Mississippi, a new music had been spawned: a spicy, varied gumbo of black, white, and Creole ingredients.

As jazz evolved worldwide, its earliest style was preserved in the city of its birth. Many first and second-generation players remained active into the 1960s and beyond. As younger devotees took over, the music changed subtly—some would argue for the worse—as the old decorum, dress codes, and refined musicianship gradually gave way, like the French Quarter, to a more touristic style. But that kind of regret for a faded past has always marked a city that remains unlike the rest of America.

For me, the photographs in this and succeeding posts evoke nostalgia for a host of friends—a whole subculture, really—now largely gone. Their music is part of me. 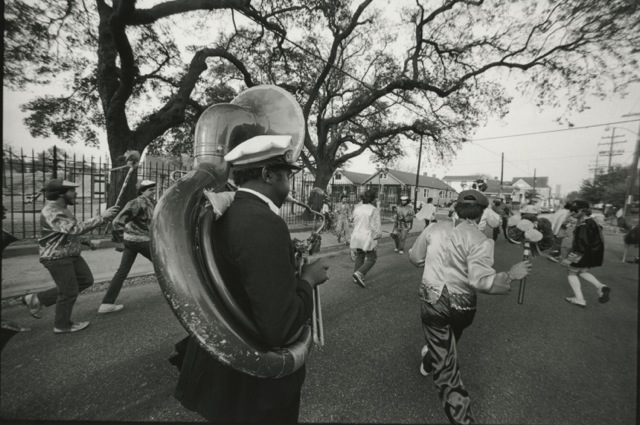 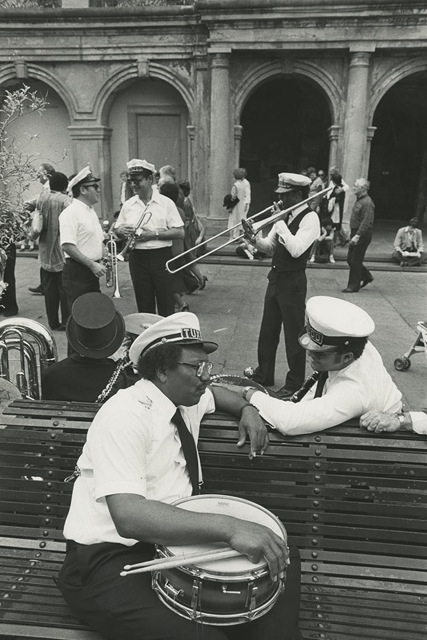 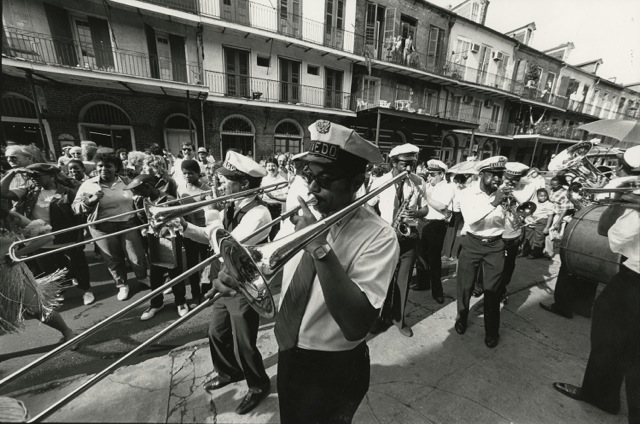 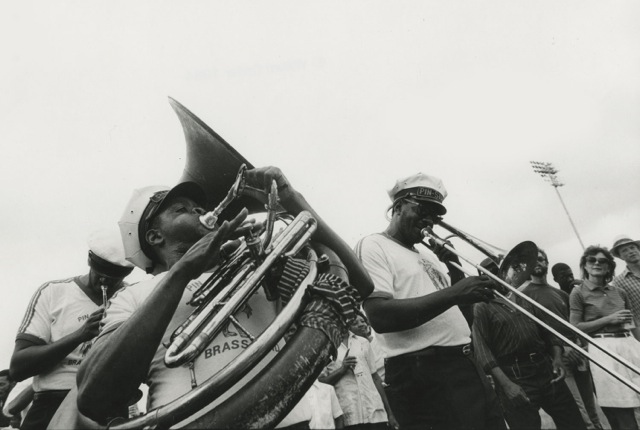 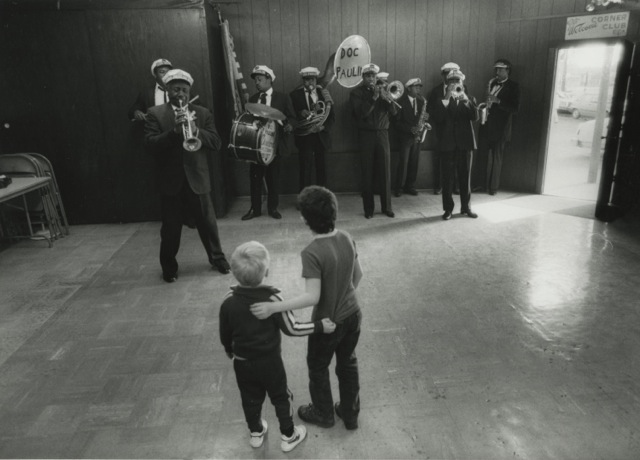