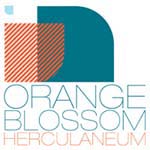 As the principal composer, Ryan has an uncanny knack for writing melodic hooks. With a piano-less rhythm section and a three-horn front line at his disposal, Ryan has a wealth of stylistic precedents to draw from, yet he finds inspiration in forging his own path. Rather than simply settling for traditional structures or conventional arrangements, he keeps his group well-nourished with a balanced mix of supple rhythms, gorgeous melodies and challenging frameworks for improvisation.

The tunes are consistently well-written and irresistibly memorable, not just linear constructions devised for thematic variation. These pieces will stay with you long after you've heard them. "Bears of Illium" and "Let There Be Neon" are gorgeous post bop excursions. "Fuzball In Valhalla" is haunting; guest guitarist John Bear accents Ryan's spare vibraphone statements inside a melody that emulates post-rock as much as it does post bop.

Andra Kulans takes center stage on "Cry of the Locusts," a heartfelt, lyrical duet between her expressive viola and Ryan's minimal, yearning solo turn at the piano. The group launches themselves headlong into infectious rhythms on "Lionheart" and "Twin Unicorns," both polyrhythmic showpieces with contrapuntal melodies, dovetailing horn statements and a pseudo-Latin drive. The majority of the tunes are mid-tempo excursions interwoven with rich lyrical content and strong solo statements.

Young improvisers tend to emulate their idols for some time before making a mark themselves. Herculaneum is already beyond such imitation. Combining nuance, subtlety and a refreshing dose of originality, Orange Blossom is one of the finest albums by an up-and-coming ensemble one is likely to hear this year.