By Mark Sullivan
December 7, 2018
Sign in to view read count 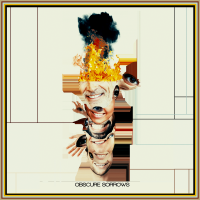 Boston-based guitarist/composer Ryan Carraher chose a unique theme for his sophomore album: each track is inspired by a word from John Koenig's Dictionary of Obscure Sorrows. Koenig's website and YouTube channel present made-up words meant to complete our emotional language: "each original definition aims to fill a hole in the language—to give a name to emotions we all might experience but don't yet have a word for."

Carraher's quintet is almost repeated from his previous group album Vocturnal (Self Produced, 2016): drummer Steve Wilkinson (also credited with arrangements on two tracks), bassist Greg Toro, pianist/keyboardist Evan Waaraama, and new saxophonist Colin Edgar. The program begins with "Pâro," which means "the feeling that no matter what you do is always somehow wrong—as if there's some obvious way forward that everybody else can see but you." Even without knowing the meaning of the title, there is a vexed feeling in the nagging circular pattern that repeats through most of the piece, which is especially at cross-purposes with the solos. It finally drops away during Waaraama's piano solo, giving him space to play more freely and lyrically. Carraher continues in the same vein for his guitar solo (without piano), and ends the tune unaccompanied.

"Daguerreologue" brings in the full quintet for "an imaginary interview with an old photo of yourself, an enigmatic figure who still lives in the grainy and color-warped house you grew up in." After a drum roll, a cacophony of guitar and saxophone lines breaks out—a twisting, chromatic conversation that plays out at greater length as the tune progresses. Edgar gets his own unaccompanied saxophone spotlight, worrying at repeated licks before being rejoined by Wilkinson's drums. The track ends with a contemplative rubato centering around electric piano.

"Kuebiko" ("a state of exhaustion inspired by an act of senseless violence, which forces you to revise your image of what can happen in this world") is well illustrated in a dramatic series of gestures that makes its point in two and a half minutes, by far the shortest tune here. Most of the album continues in the same vein. Carraher's expansive compositions each have a distinct, often unsettled emotional tone. They utilize sectional forms that go beyond head and solos, and give the entire band space to interact freely as well as express themselves individually.

"Klexos I" and "Klexos II" ("The Art of Dwelling on the Past") end the album with a dramatically different sound, one much closer to contemporary chamber music than to jazz. Featuring soprano Anna Ward's vocalise and Edgar's flute, they also find Toro playing arco bass and Wilkinson on vibraphone and percussion. In addition to forming a haunting final impression, they demonstrate the range of Carraher's compositions, as well as the capabilities of his band mates.