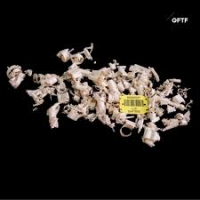 Although the Lucerne Jazz Orchestra was formed in 2007 and has had five releases to its credit, it is virtually unknown on this side of the pond, being overshadowed by the NDR Big Band and the WDR Big Band. This state of affairs ought to be corrected with Oaktree, a marvelous release in every aspect.

The LJO thinks of itself as a "modern music" unit that works not only with jazz composers inside and outside the group, but draws from eclectic sources to be arranged for the band, with Oaktree having representative examples of a wide range of styles.

The eighteen members of the band on this recording are apportioned into what would considered a normal big band: five reeds, four trumpets, four trombones, a rhythm section consisting of piano, guitar, bass and drums, plus a vocalist. However, the music is anything but normal big band fare. The mixture of the tightness of ensemble, sheer power and eclecticism can be easily heard in this set of video clips

The album consists of five tracks averaging about eight minutes each, giving the arrangement time to more deeply explore various sonorities and emotions. "Souvenir" was written and presumably arranged by trumpeter Matthias Spillmann, who lists himself on his site as a member of the LJO, but does not play on the record. Band member trumpeter Aurel Nowak turns in a marvelous arrangement of the Jeff Buckley tune "So Real," with hair-raising vocals by Karin Meier, who also many times uses her crystal-clear voice as another instrument, blending in perfectly with the horns. She also contributed the title tune "Oaktree," with an extremely powerful arrangement by the musical director David Grottschreiber. Grottschreiber himself wrote "Close Contact," while reedman Rafael Schilt adds "Yeah Muter," again arranged by Grottschreiber.

The only knock on Oaktree is that it is too short. The opening of "Close Contact" builds with light swinging drums dancing underneath alternating bass and horn figures, leading a long, winding and quite beautiful trumpet solo (player not identified) through the middle half until the band sounds the recap. Grottschreiber's arrangement always moves forward with a light, but incisive energy. "So Real" (see here for the Buckley original) opens another terrific trumpet solo hinting at the refrain, leading to Meier's singing which gets emotion from every note. The pathos of the original is heightened by an order of magnitude making for a chilling, and thrilling, track.

"Souvenir" takes advantage of Meier's vocal timbre and pitch control as she sings in unison with the trumpet. The tension deliciously builds making this much more than a mere piece, but rather a "musical painting"; outstanding composing, arranging and playing. Meier's "Oaktree" begins with an arpeggiated figure passed around by the band that eventually leads to the sung tune with words. The song's structure is not really that of a tune, but rather that of poem which has been put to music. Almost scary in its intensity, the music's footsteps dance darkly; another outstanding track.

The album closes with "Yeah Muter," which shows off the band's precision by the opening fast unison lines leading to some very joyous sectional band playing. Breaking down temporarily, it takes off again with an effortlessly swinging saxophone solo.

The Lucerne Jazz Orchestra is a top-notch outfit, performing a unique repertoire. Oaktree clearly communicates the camaraderie, suppleness and power of the band. This latest addition to its discography should further enhance its reputation and widen its audience.