BY LYN HORTON
November 7, 2009
Sign in to view read count 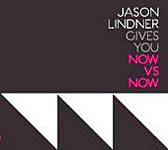 In the debut of the project Now vs. Now, keyboardist and composer Jason Lindner seizes onto a multi-lingual, multi-faceted approach to convey a global message of peace through non-violence. The group includes Panagiotis Andreou on electric bass and drummer Mark Guiliana, providing a core for the multi-ethnic group of artists Lindner has chosen to augment his trio: Baba Israel recites his poetry as well as provides beat-box grounding; trumpeter Avishai Cohen and saxophonist Anat Cohen both add brass coloration; Yosvany Terry pops in with Afro-Cuban percussion on the chekere; Kurt Rosenwinkel is featured on guitar; poet Frances Velasquez Guevara, conga-man Pedrito Martinez and bassists Andreou and MeShell Ndegeocello (who produced the album) perform periodically as vocalists.

"Time Together," "Can't Chase Time" and "Far," featuring Baba Israel, lay out the album's communal and musical foundation. The tide of the music is contemporary, atmospheric and notably rhythmic. Lindner's keyboard and acoustic piano work changes up the predominant electric keyboard/bass guitar combinations, extended consistently by the drums. He caresses the piano keys in the lilting melodic line of the centerpiece, "Friendship and Love (aka Pretty Three)."

The male and female vocalists and the instrumental solos furnish sporadic tonal quality and texture to an already expansive and diversified music. The last track, "Ahimsa," completes the circuit of meaning to Lindner's carefully designed record with a richly expressed, persistent piano ostinato, intermingled with spoken words by Arun Gandhi, both of which converge on the idea of Do No Harm.