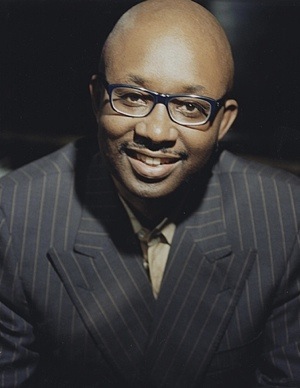 slideshow
Pianist James Weidman is a thoughtful, exceedingly pleasant man who is an understated personality but as versatile a pianist as you will find.

Weidman's discography as a leader is relatively short but potent. His current release is Three Worlds, on the Inner Circle Music label. On the heels of that release it was about time for some questions for Mr. Weidman.

According to some folks, public perception has put you in a kind of box. I suppose some of that perception, at least in part stems from the fact that you've been pretty flexible in your affiliations. I first met you back in the early 90s when you were part of an MBase crew that was in residence at the Umbria Jazz Festival with folks like Steve Coleman, Greg Osby, the late Mark Ledford, Marvin “Smitty" Smith, and Cassandra Wilson. You played and educated at Tri-C JazzFest a couple of years ago as a member of Marty Ehrlich's band; both those affiliations placed you in somewhat edgier climates. On the other hand you've accompanied several singers, including Kevin Mahogany, Abbey Lincoln, and Cassandra. You've hit frequently with TK Blue and his Afro-Caribbean approach, and played spirituals with Jay Hoggard. More recently you've played with Joe Lovano's Us Five, which strikes me as having a kind of inside/out approach. How do you balance such varied situations and affiliations? And do you feel as though you've been put in a kind of perpetual sideman box in terms of public perception?

Yes, I'm probably part of that group of musicians that moves around various settings and genres under the umbrella of which is called jazz. A lot of players and listeners alike tend to stay within a certain zone. That's not a bad thing. One can certainly decide to polish only a little corner and still become a brilliant musician at the same time. There are many examples of that. Whole careers may center either on vocalists, more straight-ahead players, or free boppers. For musicians and audiences, what you see is what you get.

In my case, there are some people that know of my nine-year association with Abbey Lincoln and know nothing of my five year association with Steve Coleman and Five Elements ('87-'92). And there is this thing of being a perennial sideman versus a leader. I didn't just begin to record and perform as a leader only yesterday. TK and I co-led a band named TaJa from 91-'97, playing the New York area in venues like Birdland, the Iridium, and the Zinc Bar. In 1993, we recorded a self-produced album, “A Night at Birdland." In 1995 I recorded a trio album, “People Music" with Belden Bullock on bass and “Smittty" Smith on drums.

Perhaps because of the “Young Lions" movement of that period, that body of work got overlooked by the press. However, I tried not to concern myself with all of that too much. Music is such a positive force in itself. I was just trying to work on my playing and my writing and grow within the art form. Important to me also is a good dose of curiosity about the different sounds and textures and their possibilities. That has certainly influenced the mapping of my musical journey.

As for playing in a variety of situations, I guess I must be hardwired or conditioned in wanting to experience variety. I remember my first job ever was as a church pianist at 12 years old. My dad brokered it for me but warned that I only read music. I did in fact have a little bit of an ear, which in the end was a good thing because in this particular church there actually was very little reading involved. I only had to work on developing a good gospel style which eventually I did by listening to the different styles of other pianists in the area, and the recordings of gospel artists like James Cleveland. He had some of the killingest musicians and his music was big then. At age 14, I began to play clubs and dance halls with my dad, James Sr.'s, group the Jimmy James Organ Combo; I played a C3 Hammond.

My first improvisational forays were coming out of the organ vocabulary of all the diverse players that I heard. I gravitated toward the funkier soulful players. I tried to emulate everyone from Dr. Lonnie Smith to Booker T. [Jones]. Actually it was a combination of emulation and trying to put my own take on it, even at that precocious, tender age. At the same time, I was discovering the recorded sounds of various jazz artists, like Charlie Parker, Art Blakey, and Miles Davis, I was taking European classical piano lessons and music theory. So right at the beginning, the stage was set for an eclectic musical life, I suppose.

Being versatile is nice, but to effectively execute versatility demands time, patience, and a good grasp of the materials to be worked with. In the end, I aspire to sound authentically myself and true to the setting that I'm in. To get into the musical spirit and culture of a genre is to first be open to the possibility of musical sound and then to make the music mean something. If you are playing Kansas City blues with Kevin Mahogany, you need to know something beyond the blues scale, for instance. In music, there are those things not found in a textbook. By the time I began to play with Kevin, I had hung around the right circles to acquire how to play various styles of blues.

I was fortunate to come to New York at the time I did. It was in the last days of the loft scene. You could interact with, or see the great musicians who were considered free players or all the great straight-ahead musicians. And the number of pianists on the scene at that time was humbling. Eubie Blake was still alive; Albert Dailey, Walter Bishop, Walter Davis, Sadik Hakim, Al Haig, Earl Hines are among the pianists who I had a chance to hear and who have been gone for a long time. There are many pianists, and for that matter let's include all the many jazz artists who were once on the scene that are not spoken about much any more. All of them have left their personal legacies.

Talk about your spirituals project with vocalist Dean Bowman and saxophonist John Ellis.

Doing a spiritual project with Dean is a natural out-growth of what went on before. It involves my personal take on integrating the sacred roots of the music into a modern improvisational environment. I've already touched on some of my earliest experiences in black sacred music. Even before Dean, I had collaborated with vibraphonist Jay Hoggard on sacred music projects. I was also vocalist Ruth Naomi Floyd's musical director, arranger, and producer for three [jazz/spirituals] albums on Contour Records.

I was first familiar with the Negro spirituals through the church I was brought up in Youngstown, Ohio. While that church was a little weak on the modern gospel side, there was a nice mix of early gospel hymns, spirituals, and line singing, along wtih hymns and anthems. To make a distinction, true spirituals are the collection of slave songs from the 19th century, predating the gospel hymns and songs of the 20th century.

Dean, John and I toured Europe last December as the “Gospel Trilogy." Our presentation included African-American sacred music from the 19th to the early 20th century. I played piano and organ. It was a beautiful experience and a great opportunity to present our interepretation of that music to fresh audiences.

I made seven big band arrangements of spirituals for Dean in 2008. It was performed by the Helsinki UMO Jazz Orchestra, for which I was the guest conductor. The UMO orchestra has versatile players and that was another beautiful happening. That was my first foray into orchestrating on that level. Fortunately that year I wasn't on the road too frequently, I had both the time and the resources to bone up and get the music together in a presentable form. That year I was also preparing for my Three Worlds project. I recorded it last January. It made me reflect on how important, and what a luxury it is to have space for creativity to flow.

What projects and situations do you have on the burner?

I'm looking forward to performing more with my Three Worlds group. I'm beginning to think about my next recording. It would be good to do a live recording this time around. Besides my ongoing collaboration with Dean, bassist Harvie S and I have been performing together for the past couple of years in the NYC area.

This month [March] I started off with a couple of gigs with Matt Wilson's Arts and Crafts, on piano and organ. I went to Russia as guest artist with the Oleg Kirevev group, then I traveled to the west coast with Joe Lovano's Us Five for a bunch of gigs.