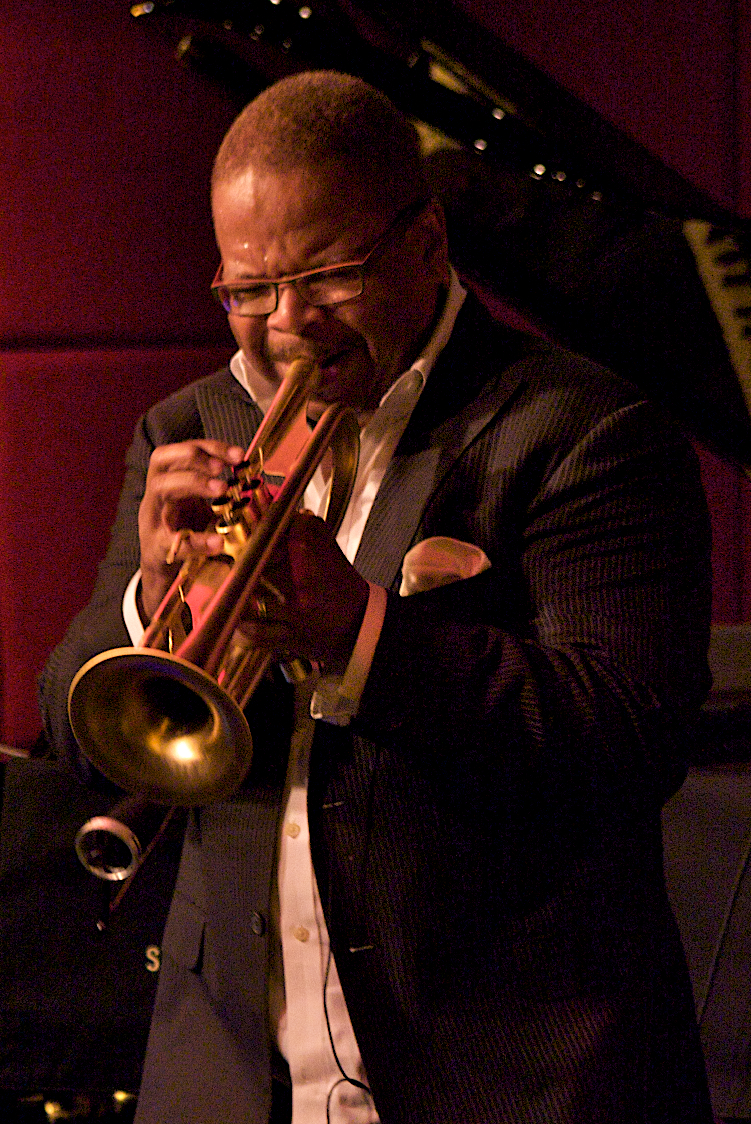 slideshow
The Annenberg Center for the Performing Arts presents not one but two Grammy award-winning trumpet players over the course of two October evenings. First, Grammy award-winning trumpeter and composer Terence Blanchard takes the stage on Sunday, October 3, 2010 at 7:00 PM to perform music from his beautifully haunting and impassioned song-cycle, A Tale of God's Will (A Requiem for Katrina), about the physical and emotional ravages visited upon the city of New Orleans and its residents by Hurricane Katrina. Then, on Friday, October 8 at 8:00 PM, legendary South African trumpet player Hugh Masekela performs a mix of old favorites and music from his most recent album Phola. Both performances take place in the Zellerbach Theatre. For tickets or for more information, please visit AnnenbergCenter.org or call 215.898.3900. Tickets can also be purchased in person at the Annenberg Center Box Office.

Terence Blanchard has established himself as one of the most influential jazz musicians and film score masters of his generation, a member of a jazz legacy that has shaped the contours of modern jazz today. With more than 29 albums to his credit, Blanchard is a multi-Grammy® Award winner, including a Grammy® Award in 2008 for his CD, A Tale of God's Will (A Requiem for Katrina).

As a film composer, Blanchard has more than 50 scores to his credit and received a Golden Globe nomination for Spike Lee's 25th Hour. In 2008, he completed the score for Lee's Miracle at St. Anna, as well as the soundtrack for Darnell Martin's Cadillac Records. Other film music written by Blanchard includes Kasi Lemmons' Eve's Bayou and Talk to Me, Oprah Winfrey's Their Eyes Were Watching God, Tim Story's Barbershop, Ron Shelton's Dark Blue and Disney's The Princess and the Frog.

Hugh Masekela, performer, composer, producer and social activist, is best known for his integral role in Paul Simon's tour behind the classic album Graceland. Masekela's Grammy award-winning hit “Grazing in the Grass" sold over 4 million copies and made him an international star. Masekela also co-created the Broadway smash musical Sarafina that introduced the sounds and

passion of South African music to theater audiences worldwide. This past April he received The Order of Ikhamanga from South African President Jacob Zuma, his nation's highest civilian honor. This summer, Masekela appeared in the live opening ceremony broadcast of the FIFA World Cup. As part of ESPN's coverage of the World Cup, Masekela and his son Selema hosted a series of videos entitled “Umlando—Through My Father's Eyes."

Ticket holders will have the unique opportunity to attend special pre-show artist chats with both artists. Terence Blanchard will sit down to speak with Marc H. Morial, former New Orleans Mayor (1994-2002) and current President and CEO of The National Urban League about his own personal ties to the city of New Orleans and his thoughts on the state of the city and its people five years after the devastation of Katrina. This chat will take place at 6:00 PM. Hugh Masekela will speak with Carol Muller, Professor of Ethnomusicology at the University of Pennsylvania about South African music and its influence on the evolution of world music. The chat begins at 7:00 PM.