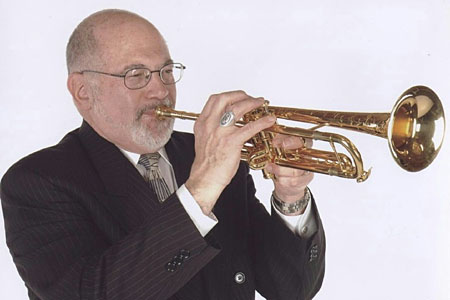 slideshow
PRESCOTT, AZ — After a storied 23-year history of performances, tours, and educational clinics, The Stan Kenton Alumni Band will now be known as The Stan Kenton Legacy Orchestra. Acknowledging the passage of time, the new name better reflects the band’s desire to continue the musical and educational legacy that Stan Kenton worked so hard to present, while striving to reach younger audiences as well as older fans.

When Kenton died in 1979, his will prohibited the establishment of a “ghost band,” an industry term for bands that typically only play a deceased leader’s golden oldies. Leslie Kenton, Stan’s eldest daughter, who represents her father’s interest, has given her support to the band and the name change. She has also expressed her full approval of Mike Vax’s work and that of The Stan Kenton Legacy Orchestra.

While they perform some of the well-known music of the Stan Kenton Orchestra, the band honors Kenton’s insistence on not just performing “the old hits,” which Kenton often referred to as “nostalgia type music.” Director Mike Vax, former lead trumpeter and road manager with Kenton, said, “We have an entire library of fresh new material written in the Kenton style, as well as original material written by members of the current Band. We are NOT trying to be the Stan Kenton Orchestra, but we are working to carry on his tradition of dedication to creative music and to jazz education.”

Alumni from the 1956 – 1978 Stan Kenton Orchestras come together to perform for festivals, clinics, concerts, cruises and dances. The 19 piece band now also includes some fine young players as well as the Kenton Alumni. The band tours around the United States every year. Most of its performances are in schools and free afternoon workshops are given at each school.

Leader Mike Vax has led a big band off and on since his days at College of the Pacific over 45 years ago. A few of his credits include being first trumpet, soloist and road manager of the Stan Kenton Orchestra, as well as being co-leader while Mr. Kenton was recovering from surgery; leading the Dukes of Dixieland in New Orleans; producing and/or music directing for over 50 jazz festivals; and performing workshops for more than 2500 high schools, colleges and universities all over the world. He is an International Artist for the GETZEN COMPANY.

“The goals of The Stan Kenton Legacy Orchestra are to perform meaningful music, talk about the importance of the jazz heritage in America, bring jazz music to young people, and to offer our audiences a relaxed, entertaining atmosphere,” said Vax.

Friends of big band jazz is the support group for The Stan Kenton Legacy Orchestra. This nonprofit corporation sends students to summer jazz camps on scholarships, donates funds to high school music programs and youth orchestras, and raises money for many good causes that have to do with music education.