Saxophonist Paul Carr to Release "Straight Ahead Soul," His 4th CD as a Leader, on May 25 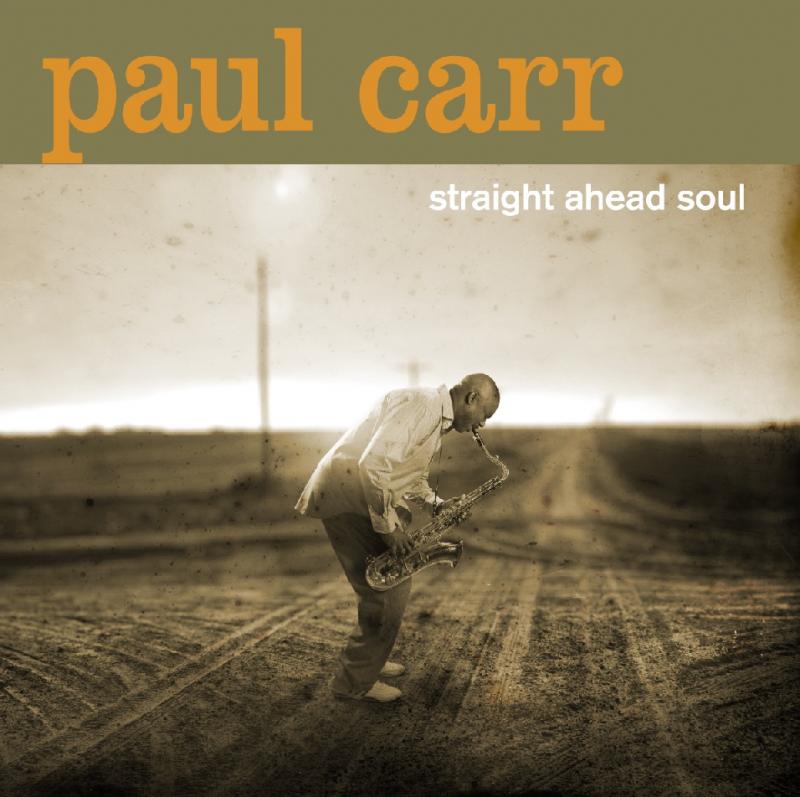 slideshow
Straight Ahead Soul, the new CD by Paul Carr, is the most personal musical statement to date from the tenor saxophonist and educator, who's been a mainstay of the Washington, DC jazz scene for the last 25 years. It's a meditation on Carr's Southern roots and “the influence a Southern upbringing has had on my musical foundation," he says. And it explores his journey from inner-city Houston to the suburbs of Washington, DC, as he pays homage to mentors (and legendary Texas tenor men) Arnett Cobb and Don Wilkerson. The new disc will be released by Carr's PCJ Music label on May 25.

Reprising their roles on Carr's critically acclaimed previous release, Musically Yours: Remembering Joe Henderson, bassist Michael Bowie and drummer Lewis Nash are once again back on board for Straight Ahead Soul. The new CD's core group is rounded out by pianist Allyn Johnson and percussionist Sam “Seguito" Turner--both from DC--and Chicago-based guitarist Bobby Broom.

Carr says he grew up “bathed in the blues and gospel, which is the soul of the South," surrounded by the sounds and rhythms of churches as much as juke joints and trains. Those influences are unmistakably evident in his two originals, “Side Yard Tracks" and the title selection, and on his tenor and soprano playing throughout. Johnson and Bowie likewise contributed compositions to the date, which also includes the Ivan Lins ballad “Love Wants to Dance"; Wilkerson's hard-charging “Scrappy"; and “Light and Lovely," written by Eddie “Lockjaw" Davis and recorded by Arnett Cobb on the 1959 tenor summit session Very Saxy.

Dedicated to the memory of Carr's sister Harriet, Straight Ahead Soul closes with a medley of the church songs “Blessed Assurance" and “We've Come This Far by Faith," which features his niece Chelsey Green on viola. The track segues into an actual recording of Carr and Green performing at Harriet's 2008 funeral service in Houston, bringing the album to a moving conclusion.

Paul Carr (b. 1959) came to the music at a very early age, through his mother's large record collection. Eddie Harris and Stanley Turrentine were among her favorite artists, and she decided that her only son would grow up to be a saxophonist. Carr took up alto at age 11, and switched to tenor during his senior year of high school because the school's award-winning jazz band was in need of a lead tenor.

The band sometimes opened for Arnett Cobb and also featured him as a special guest. When Carr's band director formed a professional big band, the young saxophonist became a member of the orchestra, which also included Don Wilkerson. Carr was playing second alto, sitting right next to the former Ray Charles sideman.

After three years at Texas Southern University, where he played in the jazz band with future saxophone star Kirk Whalum, Carr moved to Washington, DC to attend Howard University and graduated with a bachelor's degree in music performance. Carr has been in the DC area ever since and currently resides in Silver Spring, Maryland.

Carr, who has appeared as a sideman on CDs by flutist Kent Jordan and many others, has recorded four of his own: PC10 in 1993, Just Noodlin' in 2006, Musically Yours: Remembering Joe Henderson in 2008, and now Straight Ahead Soul.

But he has also been active as an educator. In order to give aspiring jazz musicians better opportunities to learn and perform together, Carr launched the Jazz Academy of Music, Inc. in Silver Spring in 2002. The nonprofit school offers year-round workshops, a youth orchestra, and two summer camps where Carr and other professionals teach students between the ages of 12 and 19 the principles of improvisation and playing in small groups and big bands.

And in February 2010, the saxophonist became an event producer, reviving the indoor Mid-Atlantic Jazz Festival in Rockville, Maryland, which had been dormant since the death of its founder four years earlier. The three-day festival, which included master classes and student performances, also featured Marc Cary, Bobby Watson, and Carr leading a quintet with Terell Stafford and Mulgrew Miller.

Carr plans to present the festival once again in February 2011. Meanwhile he'll be making appearances with his own group on behalf of Straight Ahead Soul, starting with a 7/6 engagement at Blues Alley in Washington, DC featuring Bobby Broom, Allyn Johnson, and Michael Bowie.