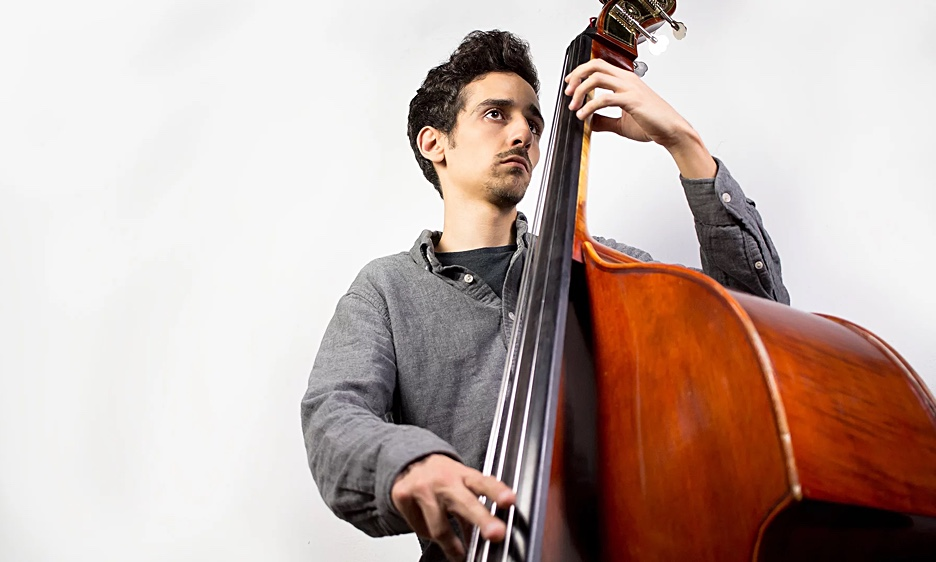 “Nikos Chatzitsakos Tiny Big Band” was formed in 2018. In this project, Nikos arranges jazz standards for a unique instrumentation of six horns and a piano trio, plus some guest appearances on vocals, guitar, and vibraphone. Although this instrumentation is rarely seen in our days, it was common in the heyday of swing music, before the appearance of big bands. Similar to a film director that brings the plot and characters of an old script to our modern world, Nikos connects the tradition of jazz music and its repertoire with post-bop, modern aesthetics and harmonic soundscapes.

Born in Athens, Greece, bassist, arranger, and composer Nikos Chatzitsakos is an award-winning musician as a member of Ralph Peterson’s GenNext Big Band and leader of the Nikos Chatzitsakos Tiny Big Band & Quartet. Influenced by Black American music of the 1940s-60s, he attempts to find new ways to honor the era and perform it and connect it to other idioms.