Najee To Perform Concert And Tribute In Kansas City 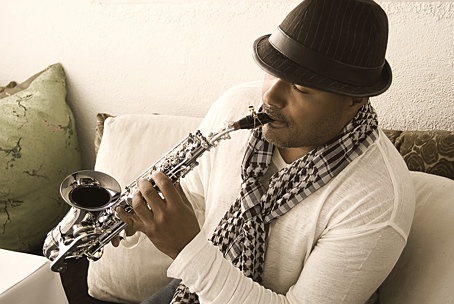 slideshow
The American Jazz Museum continues on Saturday, February 15th with the second concert in its “Jammin' at the Gem" performance series 2013-2014 season with two-time Grammy Award Nominee, the internationally known jazz saxophonist and flautist, Najee, who will perform work from his latest album “The Morning After".

The full title, “The Morning After - A Musical Love Journey “(in short “The Morning After”) released by Shanachie Entertainment October 23, 2013, debuted #1 Contemporary Jazz Album on Billboard. As one of the top-selling jazz saxophonist of this generation, Najee continues to demonstrate his consistency to connect with various audiences throughout the world.

Creating music at this level in his career is still exhilarating, as he states, “I am always evolving. As a musician the love of performing for people whether in-studio or live, is still a gratifying experience.”

Najee also inherently has some very deep musical connections with the Kansas City jazz community. “If you're in the KC area, I will be performing at The Gem theater, this Saturday! I will be honoring the late jazz legend, Ahmad Alaadeen. We will be jammin' at the Gem! Hope to see you there," he stated.

At the conclusion of the concert intermission, Victoria Alaadeen, President of Alaadeen Enterprises, Inc. (AEI) will be on hand to present the Alaadeen Awards of Excellence will be presented to Najee and a young Kansas City musician, bassist, Seth Lee.

The next concert in the “Jammin' at the Gem" series is the Newport Jazz Festival®: Now 60 featuring Anat Cohen, Karrin Allyson, Randy Brecker, Mark Whitfield, Peter Martin, Clarence Penn & Larry Grenadier. Tickets for all remaining concerts in the series are available at Ticketmaster and from the American Jazz Museum Box Office at 816.474.6262.

AEI is a 501c3 non-profit tax exempt organization founded in 1998 by the late Ahmad Alaadeen — jazz musician and educator — to teach the art and aesthetic of jazz in the oral tradition, which he experienced in the heyday of Kansas City jazz. Its mission is to develop an understanding and appreciation of this local jazz tradition with a major focus on education and touring performances. Tax deductible donations and proceeds of the purchase of AEI publications support this mission.

About the American Jazz Museum

Located within the Historic 18th & Vine Jazz District in Kansas City, Missouri, the American Jazz Museum showcases the sights and sounds of jazz through interactive exhibits and films, the Changing Gallery exhibit space, Horace M. Peterson III Visitors Center, Blue Room jazz club and Gem Theater. Since its inception in 1997, the Museum hosts thousands of students, scholars, musicians and fans of the arts for over 200 performances, education programs, special exhibitions, community events and more each year, providing an opportunity to learn about the legends, honor their legacy, or simply enjoy the sounds of modern day jazz.