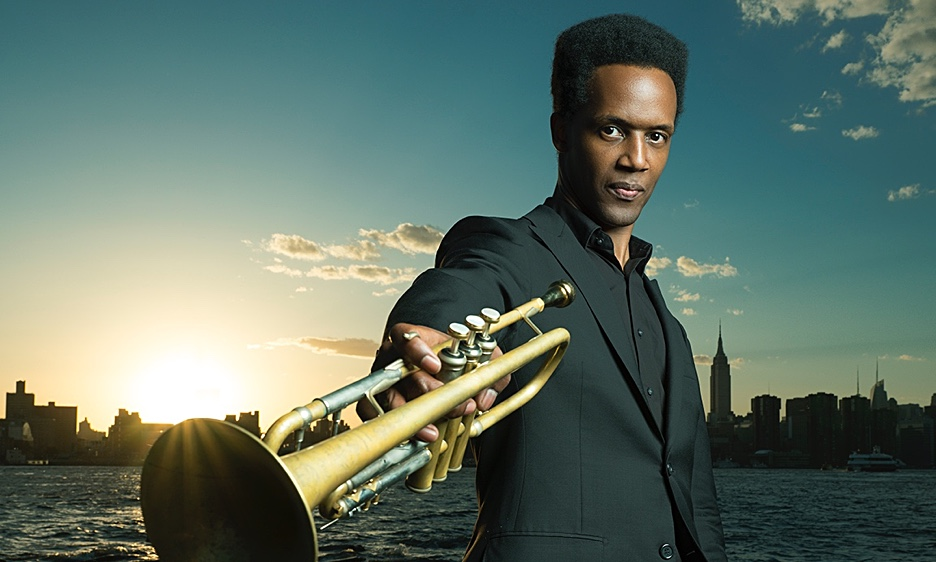 SOURCE: LUDOVICO GRANVASSU
May 19, 2019
Sign in to view read count

A one-of-a-kind musical experience, combining the intimacy of a house concert with the luxurious ambience, comfort and breath-taking views of the Harold S. Vanderbilt Penthouse. Limited space available as this is a recording session that aims at providing the intimacy of a house concert, but with world-class musicians. Contact Astrid ([email protected]) to reserve your spot.

Concert and live recording on May 23 and 24 debut an all-star quintet led by Jason Palmer featuring Mark Turner, with Joel Ross, Kendrick Scott, and Edward Perez.

Slated to be Palmer’s second release from Jimmy and Dena Katz’s groundbreaking, artist-focused non-profit Giant Step Arts, the music is inspired by the notorious theft of artwork from Boston’s Isabella Stewart Gardner Museum

The two evenings will be captured for Palmer’s second release for Giant Step Arts, which Katz launched in January 2018 in order to provide some of the music’s most innovative artists with the artistic and financial opportunity to create bold, adventurous new music free of commercial pressure. In the spirit of Giant Step’s charitable mission, the InterContinental New York Barclay has supported this project making available its stunning 2,700 square foot Harold S. Vanderbilt Penthouse, which features an additional 1,300 square feet of outdoor space on a private terrace offering majestic views of Midtown Manhattan and the Chrysler Building.

For the occasion, Palmer has composed a new suite of music that fits perfectly with the opulent surroundings. The new piece was inspired by the 13 works of art stolen in 1990 from the Isabella Stewart Gardner Museum in Palmer’s longtime hometown of Boston. The missing artwork, valued at more than $500 million, includes paintings by artists such as Rembrandt, Vermeer, Manet, and Degas. The music will be performed by a stellar ensemble featuring influential saxophonist Mark Turner along with vibraphonist Joel Ross, drummer Kendrick Scott (both Blue Note recording artists) and bassist Edward Perez.

“This is a rare opportunity to hear world-class jazz in a regal location that also feels like a luxurious, intimate living room,” says Katz. “Your jaw just drops when you walk in, and on top of that the space sounds spectacular.” “We are thrilled to fill our walls with the vibrant jazz sounds brought by Giant Step Arts and Mondo Jazz, and the setting couldn't be more ideal. The second concert in what is becoming a well-received series is sure to wow our guests and outside patrons alike."

“We are thrilled to support music of this caliber and initiatives that are aligned with the guiding values of our radio show," adds Ludovico Granvassu, the host of Mondo Jazz and publisher of All About Jazz Italia, the Italian language counterpart to All About Jazz, the internet's most trafficked and longest running jazz music website, “As we share the same goals as Giant Step Arts, namely supporting creative jazz musicians who through their ongoing quest for a unique artistic statement are the main antidote to today's cultural homogenization."

The concert is the latest endeavor from Katz’s transformative Giant Step Arts, which hopes to partner further with unique institutions to present unparalleled jazz musicians in spaces both visually and sonically beautiful. For the artists it chooses to work with, by invitation only, the nonprofit:

Trumpeter/composer/educator Jason Palmer is becoming recognized as one of the most inventive and in-demand musicians of his generation. He has performed with such greats as Roy Haynes, Herbie Hancock, Jimmy Smith, Wynton Marsalis and the Jazz at Lincoln Center Orchestra, Kurt Rosenwinkel, Ravi Coltrane, Common, and Roy Hargrove, among others. Palmer was a recipient of the 2014 French American Cultural Exchange Jazz Fellowship and was named a 2011 Fellow in Music Composition by the Massachusetts Cultural Council. In addition to performing on over 40 albums as a sideman, Palmer has recorded eight albums under his own name and has toured in more than 30 countries. Palmer’s quintet has been leading the house band every weekend at Boston’s historic Wally’s Jazz Café for the past twelve years, and he maintains a busy schedule as an educator, actor and board member at JazzBoston. He is currently an Assistant Professor of Ensembles and Brass at the Berklee College of Music in Boston and a visiting Assistant Professor at Harvard University.

Through his award-winning photography with wife Dena Katz, and his esteemed work as a recording engineer, Katz has spent nearly 30 years helping to shape the way that audiences see and hear jazz musicians. Katz has photographed more than 550 recording sessions, many historic. His photos have been featured on nearly 200 magazine covers. Whether taken in the studio, in the clubs, on the streets or in the musicians' homes, his photographs offer intimate portraits of the artists at work and in repose and capture the collaborative and improvisatory process of jazz itself. Recipient of the Jazz Journalists Association award for jazz photography in both 2006 and 2011, Katz's work has been exhibited in Germany, Italy and Japan. Among the world-renowned artists he's photographed are Sonny Rollins, Keith Jarrett, Ornette Coleman, Freddie Hubbard, Roy Haynes, Cassandra Wilson, Ray Charles, Dave Brubeck, Quincy Jones, Herbie Hancock, Wynton Marsalis, John Zorn, Pat Metheny, and Dizzy Gillespie. In addition to his well-known visual art, Katz is an esteemed recording engineer who has worked with artists including David S. Ware, Joe Lovano, Harold Mabern, William Parker, Benny Golson, and Chris Potter, among others.

This new music series, dubbed “Jazz on Lex" offers a one-of-a-kind musical experience, combining the intimacy of a house concert with the luxurious ambience and comfort of the Barclay's Specialty Suites.

Since first opening its doors in 1926, the InterContinental New York Barclay has welcomed countless guests to enjoy a luxurious residential-style experience in the heart of the city. In addition to its Midtown East location, the hotel made an immediate impact with tenants and critics alike for its characteristic atmosphere of comfort and elegant domesticity. From that moment, The Barclay began to write its history as the hotel of choice for those looking to take respite in this stately residential hotel of international prestige. Today, the Barclay marries 20th century elegance with 21st century intelligence, making it Manhattan's preeminent luxury hotel.

Mondo Jazz is a weekly radio program on Radio Free Brooklyn hosted by Leonardo Granvassu. It airs on Wednesday nights from 10pm to midnight. Mondo Jazz is dedicated to the proposition that jazz is a language that originated in the U.S. but is now spoken all over the world in various, at times very strong, accents and dialects, which make it a rich resource for rewarding sonic explorations. Mondo Jazz’s eclectic and original programming strives to give a small contribution towards making barriers (across music-genres and nationalities) meaningless, and show that all that matters is people, the beauty of their music and the emotions it can generate.