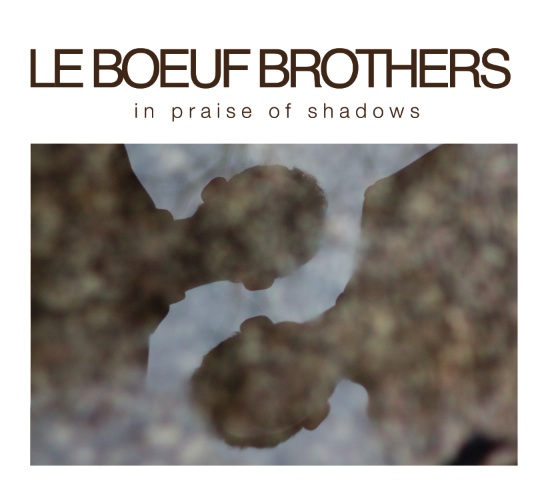 slideshow
For many of today’s jazz listeners, it is difficult to define the connection between the music and what it expresses—if anything definite is being expressed at all. What is the music about? There is certainly an abundance of beauty in abstract improvisation, yet no matter how abstract, every solo we hear and every song remains a story that takes us somewhere within our minds, our past, and becomes a part of the ever-growing narrative of our lives. Stories play an important role in communicating morality, preserving history, enlightening, and entertaining.

In an effort to bring meaning into modern jazz music, 26-year-old saxophonist Remy Le Boeuf draws on a work by one of the 20th century’s most celebrated writers, Franz Kafka. His new piece, “A Dream: The Musical Imagination of Franz Kafka,” focuses on the structural and narrative power of Kafka's short story, “A Dream," in order to evoke a blurry dreamscape of enchantment, inevitability, and one’s struggle with self-perception.

Remy Le Boeuf was born in Santa Cruz, California, and in 2004 he moved to New York City where he and his twin brother, Pascal Le Boeuf, perform regularly with Le Boeuf Brothers—a modern jazz group known for blending jazz with classical, indie-rock, and electronic influences. On their latest album “In Praise of Shadows” (Nineteen-Eight Records), the Le Boeuf Brothers expand upon the jazz tradition by continuing to sculpt their compositions after the initial recording process, using modern production techniques, sampling, and layered arranging/ recording methods. Remy received his Bachelors and Masters of Music degrees from the Manhattan School of Music while unofficially studying philosophy and anthropology at Columbia University.

“A Dream: The Musical Imagination of Franz Kafka” is written for 9-piece chamber jazz ensemble plus narrator; the music will be performed by Le Boeuf Brothers in collaboration with Myth String Quartet. Of his premier Remy says, “My goal is to engage the listener by blending the music and story into each other to create a synergy that highlights the beauty in both. I often feel that modern jazz finds itself in a realm of such abstraction that it puts off many listeners who are less familiar with the jazz tradition. My introduction to jazz was through the music of Charles Mingus; his music was always about something and it fascinated me how he would recreate poetry, political events, and stories through music. If we skip forward to today, the creative impetus behind modern jazz is often unclear, even to the musicians playing the music. This project is about something clear, something engaging, and something with both literary and musical depth. Kafka’s story unfolds like a perfect song.”

Le Boeuf will be premiering his new work with Le Boeuf Brothers at the Jazz Gallery on Thursday, November 15th at 9 and 10:30pm. The Jazz Gallery is located at 290 Hudson Street. To reserve tickets got to jazzgallery.org or call (212) 242-1063. For more information go to LeBoeufBrothers.com

“A Dream: The Musical Imagination of Franz Kafka” by Remy Le Boeuf and Le Brothers has been made possible with support from Chamber Music America’s 2011 New Jazz Works: Commissioning and Ensemble Development program funded through the generosity of the Doris Duke Charitable Foundation.