Finally reissued, La Note Bleue has been honored with a splendid 'deluxe' box set which by the time you read this will already be a collector's item.
—Étienne Dorsay, Jazz Magazine 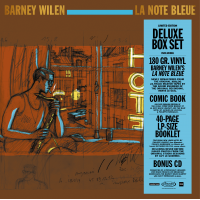 slideshow
This deluxe box set presents the original LP La Note Bleue by the Barney Wilen Quintet in a 180-gram virgin vinyl, sounding better than ever after being newly remastered from the original 24-track analog master tapes by the sound engineer that initially recorded the album, Hervé Le Guil, assisted by Daniel Cayotte. La Note Bleue was awarded the Grand Prix Jazz de l’Académie Charles Cros as “The Best French Jazz Album of 1987”, and features Barney Wilen on tenor and soprano saxophones, Alain Jean-Marie on piano, Philippe Petit on guitar, Riccardo Del Fra on double-bass, and Sangoma Everett on drums. This special release will be available on the second RSD drop, July 17th for the vinyl boxset and on September 3rd for the deluxe 2-CD set.

A bonus CD consisting of a previously unissued Radio France live broadcast presented by Claude Carrière and showcasing the Barney Wilen Quartet. Recorded on September 27, 1989 at the Parisian jazz club Le Petit Opportun, the broadcast features Wilen offering fresh new interpretations of songs from La Note Bleue. It is issued here thanks to the collaboration of INA (Institut National de l`Audiovisuel). Wilen is backed by Jacky Terrasson on piano, Gilles Naturel on double-bass, and Peter Gritz on drums. 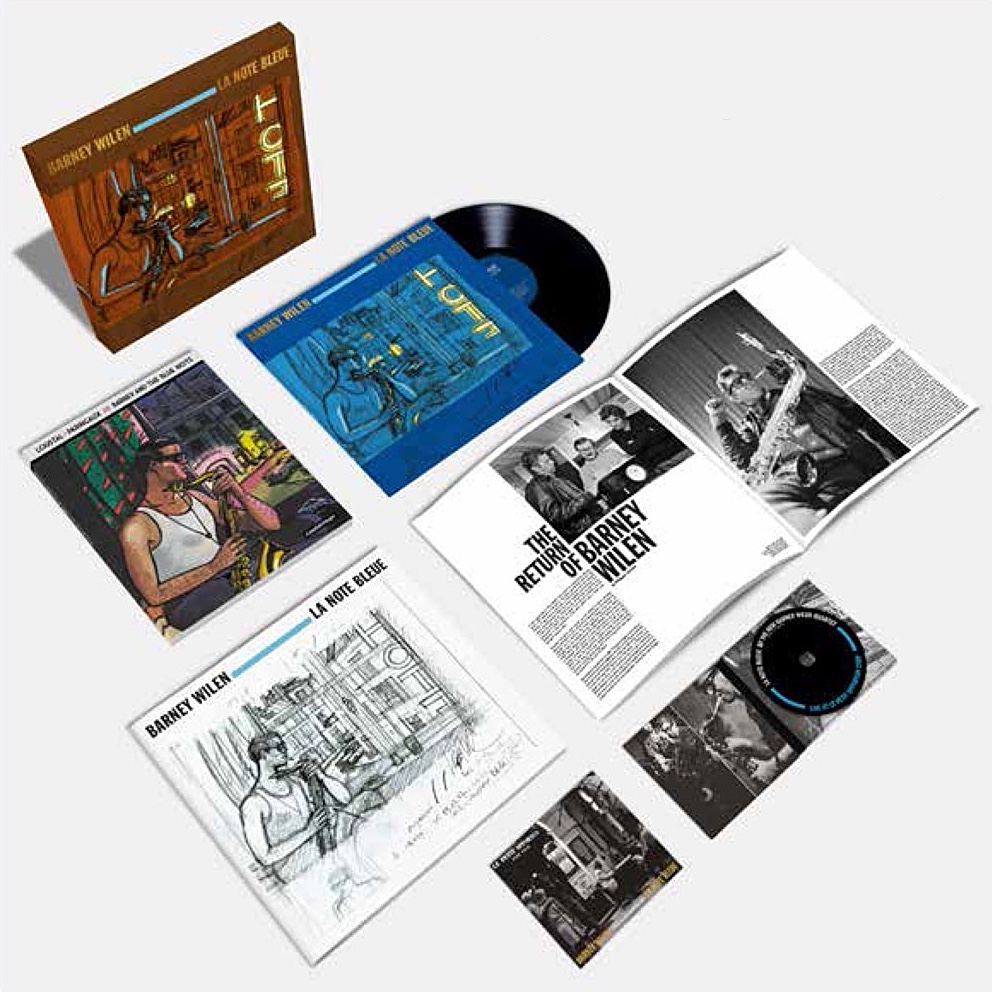 La Note Bleue deluxe boxset is a vibrant tribute to one of the great French saxophonist, 25 years after his death. Barney Wilen’s career was boosted in 1957 when he joined Miles Davis on the soundtrack of Louis Malle’s film noir classic Ascenseur pour l’échafaud. However, Wilen’s popularity slowly waned starting in the 1970s, even though he would produce lots of wonderful music in the intervening years. The release of the LP La Note Bleue in 1987 marked a rebirth in his career. That legendary album followed the success of a Jacques de Loustal & Philippe Paringaux comic book partly inspired by his life, titled Barney et la Note Bleue, which put the saxophonist’s name back into the scene.

Riccardo del Fra describes the atmosphere of this rebirth and the fusing between the music and the comic book: “The syncretic character of jazz music has been a dynamic force since the very beginning of its history—so many players and composers were repeatedly nurtured and inspired by diverse musical and artistic worlds. But it seems to me that an impressive development occurred in those years, opening new doors to many art forms, disciplines and media, and setting the groundwork for the coming Internet and new technologies. La Note Bleue is a perfect example of such encounters where the connection and the fusion between two modes of artistic expression generate an original, unique work of art. Jacques de Loustal’s beautiful and refined drawings elegantly match Philippe Paringaux’s evocative texts, unfolding a stunning scenario where true facts and fiction melt pleasantly with the music on the record. I remember the special feeling in the studio, the band exploring the chosen tunes, trying different versions, creating the atmospheres described in the storyline, experimenting spontaneous proposals, and, of course, improvising. Barney knew what he needed and he knew how to achieve it, suggesting paths but also setting us free.”