Jamaaladeen Tacuma Releases "For The Love Of Ornette" 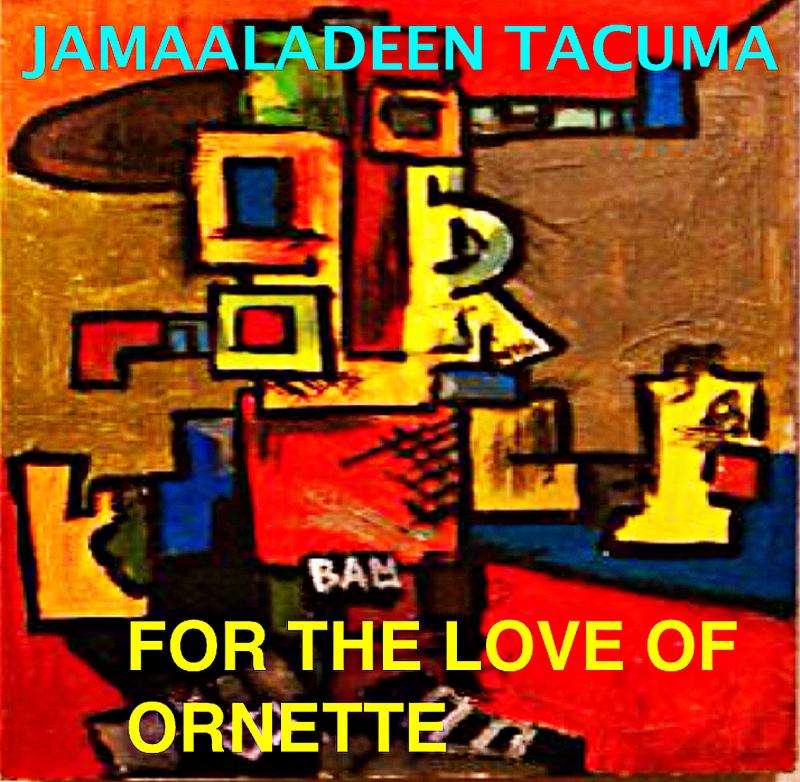 “I remember playing my bass guitar in my high school latin/jazz band. I remember staying in my room for many hours, not wanting to go outside and play with the other kids, only wanting to listen and play along with 33 1/3 vinyl recordings of famous jazz musicians who played the big jazz festivals in Europe and Asia. I remember receiving a telephone call by then Miles Davis guitarist Reggie Lucas and percussionist James Mtume, asking me if I wanted to attend a rehearsal with Ornette Coleman. I remember coming to the famous loft on Prince Street in New York and meeting Ornette Coleman. I will never ever forget the sound of the first musical notes that left my bass guitar and those notes that came out of Ornette's alto saxophone in that rehearsal. It was like a revelation to me, an awakening. A young man introduced to a higher level of musical thinking. Ornette invited me to go to Europe with his newly formed Prime Time band for two weeks. We stayed and rehearsed, recorded in Europe via Paris for 3 months. I was 19 years old. I was never the same afterwards as a man or as a bass guitarist. Ornette no doubt has played a very important role in my life. Musical mentor, life educator, guardian. He has helped me to define myself as a man and as a musician. There was one moment in my life as a young man when I was venturing on a spiritual path and decided that I did not want to play music anymore. Ornette heard of this and came to Philadelphia from New York, met with my mother and pleaded with her to convice me to return to music again. I did and I thank God and I thank Ornette Coleman. For the love of Ornette is my special thank you to Ornette for taking me in, allowing me to think as a human being, play music with the freedom of a bird in flight, and to be constant in my musical endeavors.

This recording is For The Love Of Ornette.