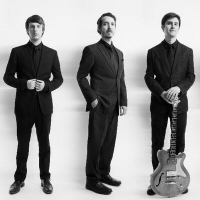 slideshow
Montreal-based group B’s Bees, a hard-swinging outfit known for compelling originals and high-energy interpretations of jazz masters, is launching a spring tour through the eastern and southern United States. After a kick-off concert at Café Resonance in Montreal on April 13, they’ll perform a dozen concerts in seven states before ending at The Emmet Ray in Toronto on May 4. (See a list of tour dates and towns below, which include some notable guest artists.)

Comprised of three core members (with performances and recordings peppered with special guest artists), the group wowed the audience in their debut concert at the Montreal International Jazz Festival in 2012. When bandleader Brandon Goodwin won a scholarship to play that festival, he formed B’s Bees with a lineup of some of the young star players in the city and never looked back. Since then, B's Bees have been in demand at prominent clubs in Montreal and they are on the roster at two locations of Montreal’s House of Jazz. They released their first album, Dark Matter, to much acclaim in 2015. The disc features original compositions by various group members. The eponymous album reached the No. 1 spot on several jazz radio charts and reached No. 2 on Earshot Online's national jazz ranking!

The Bees repertoire consists of originals by band members and their own unique interpretations of jazz legends such as Thelonious Monk, The Jazz Messengers and bassist Charlie Haden. When band founder and drummer Brandon Goodwin first heard a recording of Charlie Haden’s playing, he was blown away by its intensity. He says, “the contrapuntal way he plays in ‘Lonely Women’ gets me every time!” His fascination with Haden led to a 2014 performance of all-Haden compositions which he remembers as a “magical” event with performers and audience totally on the same wavelength. Since then the group has expressed its love and respect for Haden with its own interpretations and arrangements of Haden tunes performed in various instrumental configurations, giving audiences a memorable experience. On this tour, their first set features Charlie Haden classics including “Silence," “Chairman Mao," “Song for Che" and “Els Segador."

In their second set, they perform their own compositions, which will include the premiere of Goodwin's “Kanata Suite". Its four movements are all Canadian-themed. “Kanata” evokes the origins of Canada’s name. “Syrian Lullaby” is inspired by the Syrian Refugee crisis. “Pipeline Blues” is based on the controversy over the proposed pipeline in British Columbia. “Freedom” is a cry to the world to think about the direction in which it is headed. The suite’s rhythmic motifs were based on a poem from the Tao Te Ching, which was translated into Morse code and then rhythmically notated; the melody was then composed over that rhythmic pattern.

In New Orleans the Bees will spend a few days working with Delfeayo Marsalis, honing new tunes destined for their next album. Meanwhile, they have plenty of music to share and hope the compositions they contribute to the jazz canon will be performed and enjoyed by future generations of jazz artists and fans.