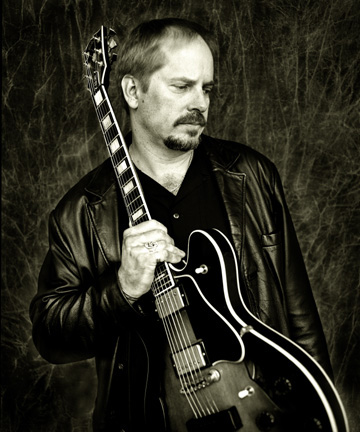 slideshow
The Indiana University Jacobs School of Music is pleased to announce that Dave Stryker will join its faculty as adjunct lecturer in jazz guitar this fall.

Stryker was voted one of the Top Ten Guitarists in the 2001 DownBeat Readers poll and a Rising Star for the last five years in the DownBeat Critics Poll.

Known for his approach combining jazz with soulful blues, he has recorded over 20 CDs as a leader and more than 50 CDs as a sideman.

“Dave Stryker is an exceptional performer, composer, recording artist and teacher whose work with his own groups and those of Jack McDuff and Stanley Turrentine, among others, has established him as one of the premier guitarists in jazz today," said David Baker, chair of the Jacobs Jazz Studies Department. “The wealth of experience and many talents he brings to our school will be an invaluable addition to the musical experiences of both our students and faculty, and it is my great pleasure to welcome him to our department."

From 1986 to 1995, he played with legendary saxophonist Turrentine at all the major jazz festivals, concert halls and clubs throughout the world.

“Dave possesses incredible depth and skill as a musician and teacher," said Tom Walsh, jazz studies coordinator. “His vast experience playing with many jazz greats, including Stanley Turrentine, gives him a unique authority in the way he communicates with students and audiences."

“Dave is one of the world's top jazz guitarists," said trumpeter Pat Harbison, professor of jazz studies. “Based in New York City for over three decades, he has developed an international performing and teaching career. He is a creative, expressive and soulful player. Simply put, no guitarist swings harder than Dave Stryker."

Stryker has recorded and published over 130 of his own compositions. Eighteen of those compositions — from his first five SteepleChase CDs — are compiled in the book The Music of Dave Stryker (SteepleChase Music). He is also the author of Dave Stryker's Jazz Guitar Improvisation Method" (Mel Bay Publishing).

He teaches privately and at the Aebersold Summer Jazz Workshop, the Litchfield Jazz Fest Camp and the Veneto/New School Workshop in Italy.