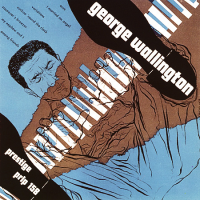 slideshow
In its infancy in the mid-1940s, bebop was about speed and generating ideas on the fly. This was particularly true of the piano, the instrument that typically kicked off bebop songs, kept the rhythm going and put meat on the bone, so to speak. At first, bebop's velocity made the style a private club, since few musicians could improvise in the vernacular at such a lightning-fast tempos. Speed also limited the number of musicians who could figure out the music and play it authentically.

Four pianists come to mind as bop's first speed demons—Bud Powell, Al Haig, Dodo Marmarosa and George Wallington. Each was involved in advancing the music, each was terrifyingly fast and each was astonishingly capable of inventive intros, flawless runs and wonderfully phrased chords.

Of the four, only Wallington did not record with Charlie Parker, though Parker is reported to have used him on an unreleased strings session for Norman Granz. Nevertheless, Wallington was in the thick of things on 52d St. from the start when Parker and Dizzy Gillespie first began playing bop together in early 1945. In fact, he had been in Gillespie's quintet at the Onyx Club in early 1944 when the group was recorded playing A Night in Tunisia.

Wallington's career intersected with jazz history at several points in the early 1950s. As Gerry Mulligan's favorite pianist, Wallington was Mulligan's first choice when he traveled to Los Angeles in 1952 and formed a group. But when Mulligan called him, Wallington was unwilling to move to California. Mulligan went on to form his pianoless quartet.

In 1953, Wallington was in Europe and joined Lionel Hampton's big band along with British singer Annie Ross. According to Nick Catalano book, Clifford Brown: The Life and Art of the Legendary Jazz Trumpeter, when Quincy Jones formed a unit within the band to record separately in Oslo for the Metronome label, Wallington naively mentioned the session to Hampton, who hit the roof. According to Art Farmer, Hampton had the band's road manager, George Hart, sit in the lobby to prevent the musicians from leaving. The group went out the back door. When the Hampton tour traveled around Scandinavia and then Belgium, audiences booed Ross and Wallington, the orchestra's only white artists, since they expected an all-black band. Eventually, Ross was stranded by Hampton in Europe when the band left for the States. Wallington quit the band in protest.

As a composer, Wallington was superb, and a number of his songs became jazz standards, including Lemon Drop and Godchild. In 1960, tired of touring and sensing a decline in jazz earning opportunities, Wallington left music to work in his family's air-conditioning business. He began recording again in the 1980s and died in 1993 at age 68.

Wallington's trio work remains breathtakingly beautiful. His playing was bouncy, firm and graceful, and his hands could take off at a moment's notice with tremendous speed. What set Wallington apart from his peers were his knotty grooves and lyrical strut. Wallington never over-played and had a delicious way of accenting with eighth-note triplets in his right hand.

JazzWax tracks: Here's Wallington in 1951 playing Fine and Dandy with Curly Russell on bass and Max Roach on drums...

Here's Wallington in 1953 with Russell and Roach playing My Nephew and I...

Here's Wallington playing his Godchild in 1956 with Teddy Kotick on bass and Nick Stabulas on drums...