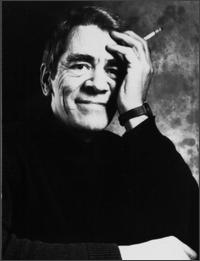 slideshow
Ed Bickert, a Canadian jazz guitarist whose highly tasteful chord voicings and juicy sense of harmony made him a first-choice gig and recording sideman and leader in Toronto, and who today is considered one of jazz's finest guitar accompanists, died on February 28. He was 86.

Bickert was a favorite of guitarist Jim Hall and was most likely introduced to him by Canadian bassist Don Thompson, who worked with Jim since 1974. In the 1980s, when Jane Hall, Jim's wife, wanted to record an album of her singing as a private gift for her husband, she turned to Bickert for accompaniment (go here for my JazzWax interview).

Bickert was born in Hochfeld, in Manitoba, Canada, and grew up in Vernon, British Columbia. His parents were farmers and orchard pickers, but they also performed at country dances—his mother on piano and his father on fiddle. Bickert learned basic guitar chords from his older brother and soon joined his parents on stage at events.

When Bickert was 20, he moved to Toronto to work initially as a radio engineer before performing in clubs and playing on recording sessions. In the late 1950s, Bickert frequently accompanied Canadian reed player Moe Koffman, and in the 1960s he became a member of Rob McConnell and the Boss Brass.

American jazz musicians who toured in Canada often sought out Bickert for their pickup groups. When alto saxophonist Paul Desmond needed a guitarist for his quartet at Toronto's Bourbon Street in 1975, he called Bickert. The result was one of Bickert's finest sideman albums, Live: The Paul Desmond Quartet.

Bickert retired in 2000 after his wife died. Arthritis soon set in, making it difficult for him to play his blonde solid-body Fender Telecaster. In the years that followed, he turned down requests to perform or teach, claiming that he could no longer play the way he used to.

Here are clips of Bickert at his best:

Here's Bickert and bassist Don Thompson playing I've Never Been in Love Before from Guys and Dolls on TV in Toronto...

Here's Bickert playing Have You Met Miss Jones from Out of the Past in 1976...

Here's Bickert with Thompson playing You'd Be So Easy to Love...

Here's Bickert with Thompson playing Who Can I Turn To, from At the Garden Party in 1976...

Here's Bickert playing Jerome Kern and Leo Robin's Up With the Lark from The Quartet in 1985 with Canadian guitarist Lorne Lofsky...

Up With the Lark

And here's Bickert playing Lollipops and Roses with Thompson on bass...