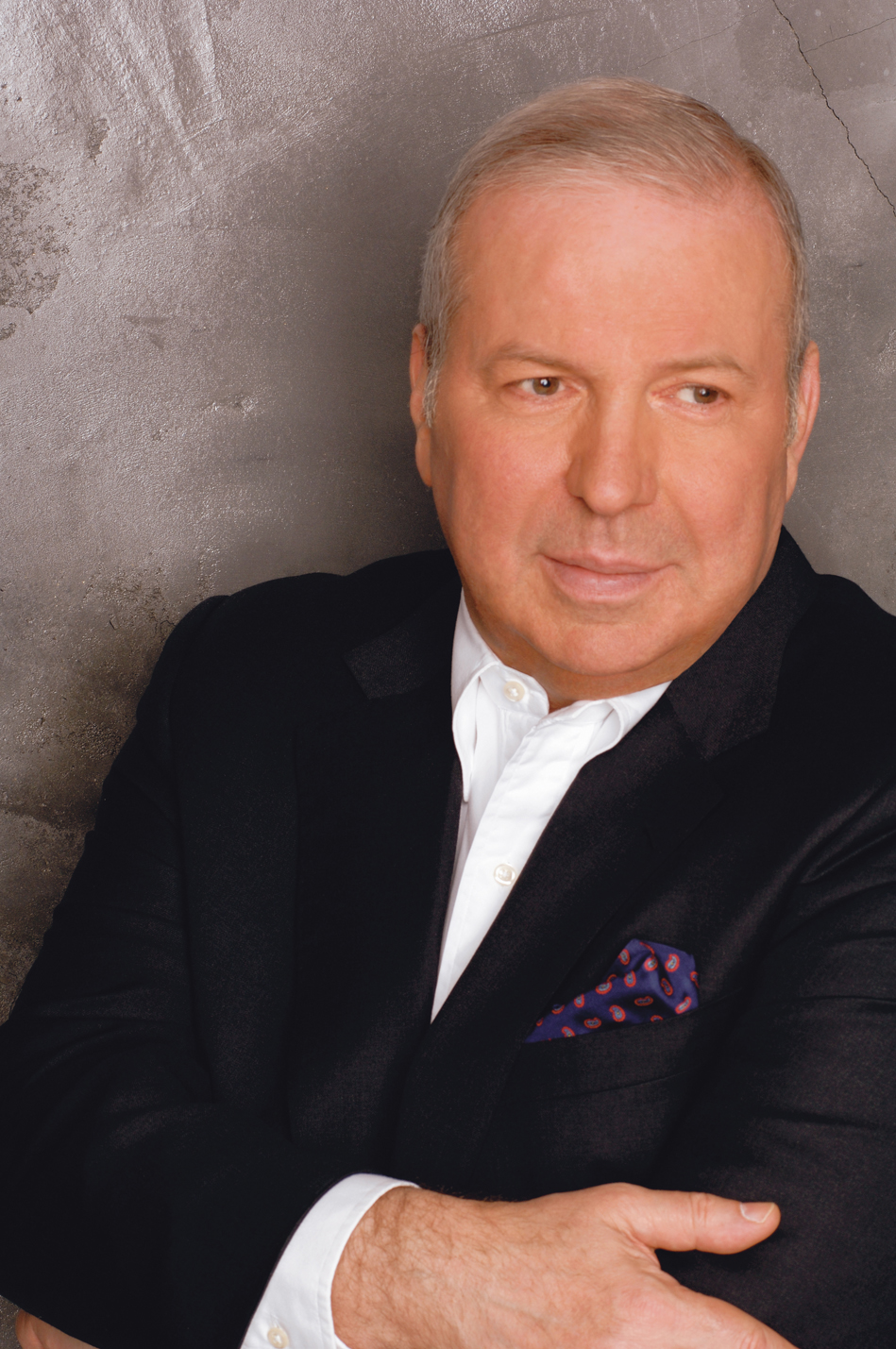 slideshow
Sammy Cahn, the lyricist whose contributions to America’s musical heritage include such beloved standards as “Love and Marriage,” “Let It Snow! Let It Snow! Let It Snow!” “Come Fly with Me,” “Time After Time,” “Three Coins in the Fountain” and “I’ll Walk Alone.” will be celebrated in a swinging concert on Sunday, November 24 at 3:00pm in NJPAC’s Prudential Hall. Starring Frank Sinatra, Jr., Steve Tyrell and the New Jersey Symphony Chamber Orchestra, the performance, titled Come Fly with Me: The Sammy Cahn Centennial Concert, will be held in honor of the 100th anniversary of Cahn’s birth. Tickets, onsale now, are $35.00-$95.00 and can be purchased at njpac.org, by calling 1-888-GO-NJPAC or by visiting the box office at One Center Street in Downtown Newark.

The event, part of NJPAC’s American Song Series, is co-presented by NJPAC and the New Jersey Symphony Orchestra, with proceeds benefiting arts education programs of both institutions.

Singer, conductor and arranger Frank Sinatra, Jr., one of the leading interpreters of Cahn’s catalog, joins Steve Tyrell for an evening of dozens of songs played the way they were meant to be heard, with lush accompaniment by the New Jersey Symphony Chamber Orchestra.

“It’s a real joy for me to be collaborating again with Frank Sinatra, Jr.,” said NJPAC President and CEO John Schreiber. “In 1995, the two of us celebrated Frank Sinatra’s 80th birthday with three days of music at Carnegie Hall, the highlight of which was Frank Jr.’s performance with orchestra of ‘As I Remember It,’ his musical reminiscence of growing up Sinatra.”

Sammy Cahn (born Samuel Cohen, 1913-1993) ranks among the best-known songwriters in American popular culture, with an expansive catalog that contains such hits as “My Kind of Town,” “I’ll Never Stop Loving You,” and “Ain’t That a Kick in the Head?” Throughout his successful career, and inspired collaborations with composers like James Van Heusen and Jule Styne, Cahn received an astonishing 26 Oscar nominations and four wins.

For all the catchy numbers he wrote, however, Cahn was equally adept at turning an ultra-romantic lyric, especially evident in two of Mario Lanza’s greatest love songs: “Be My Love” and “Because You’re Mine.”

“Under the finger-snapping, wisecracking guy who entered the room was a tender-hearted, very sensitive ballad writer,” said Tita Cahn, Sammy’s widow. “The range of his work is quite remarkable.”

The son of Jewish immigrants from New York’s Lower East Side, Cahn attributed his musicianship and knack for witty lyric-writing to his early exposure to the vaudeville stage. In addition to Styne, he collaborated with songwriters Saul Chaplin and Nicholas Brodszky, but is perhaps most recognized for his work with Jimmy Van Heusen (who, coincidentally, was born 100 years ago this year). As a songwriting team, they were responsible for many of Frank Sinatra’s greatest recording successes, notably during his Capitol Records sessions in the late 1950s: “Come Fly with Me,” “All the Way,” “The Tender Trap” and “High Hopes.” These and other hits helped the duo establish their reputation as Sinatra’s “personal” songwriters.

A native son of New Jersey, Frank Sinatra, Jr. was raised in California and educated in the showrooms of Las Vegas and on bandstands around the world. While studying music at the University of Southern California, Frank Jr. planned a career as a pianist and conductor. He made his professional show business debut as a singer with the Elliott Brothers Band and toured with the Tommy Dorsey Orchestra in 1963.

His first album, a collection of standards titled Young Love for Sale, was released on Reprise in 1965. During the 1970s, he released his next two albums on Daybreak: Spice, featuring his writing talents, and His Way, an assortment of contemporary songs. Throughout the 1980s, Frank Jr.’s live act concentrated on big-band songs. Beginning in 1988, at his father’s request, Frank Jr. served as conductor and musical director for his father’s final years of performing. Their duet on “My Kind of Town” was considered a highlight of the elder Sinatra’s best-selling Duets II set.

In 1996, Frank Jr. released his first full-length album in nearly 20 years, As I Remember It, an homage to the Sinatra legend. After his father’s death in 1998, audiences honored Frank Jr. and his 36-piece orchestra with numerous standing ovations during three sold-out shows at the Sands Hotel Casino. In song and lyric, Frank Jr. pays tribute to his father’s legacy in Sinatra Sings Sinatra, a successful nationwide tour.

Frank Jr. has appeared on TV programs, including The Sopranos, Son of the Beach, Family Guy and The Defenders, as well as the Harrison Ford movie Hollywood Homicide. His latest album is That Face! on the Rhino (Pure) label.

Texas-born Steve Tyrell was already successful in the music industry for his A&R, production and film work when he recorded standards for the soundtracks of Father of the Bride and Father of the Bride II. His subsequent 1999 album, A New Standard (Atlantic), became an instant best-seller, establishing Tyrell as a major voice in jazz. Tyrell’s nightclub, concert and recording career has produced seven additional albums on Billboard’s Top 5 Jazz chart, including Songs of Sinatra in 2005. His latest release, last year’s I’ll Take Romance (Concord), is a collection of love songs with weddings in mind: “The Way You Look Tonight,” “At Last” and “All of You” are among the dozen tracks. A favorite with audiences at Manhattan’s Café Carlyle, Tyrell counts the great R&B artists and Sinatra, Perry Como and Dean Martin as influences.

The New Jersey Symphony Orchestra is composed of some of the country’s finest musicians. The Orchestra is proud to have Jacques Lacombe as its Music Director. Artistic excellence, innovative programming and community engagement are hallmarks of its mission. To best serve the people of New Jersey, the orchestra brings its programs to six outstanding venues throughout the state. Education and community engagement programs enrich the listening experience for children and adults alike. Select performances of the NJSO are broadcast regionally and throughout North America.

The New Jersey Symphony Orchestra’s programs are made possible in part by The New Jersey State Council on the Arts/Department of State, a Partner Agency of the National Endowment for the Arts, along with many other foundations, corporations and individual donors. United is the official airline of the NJSO.