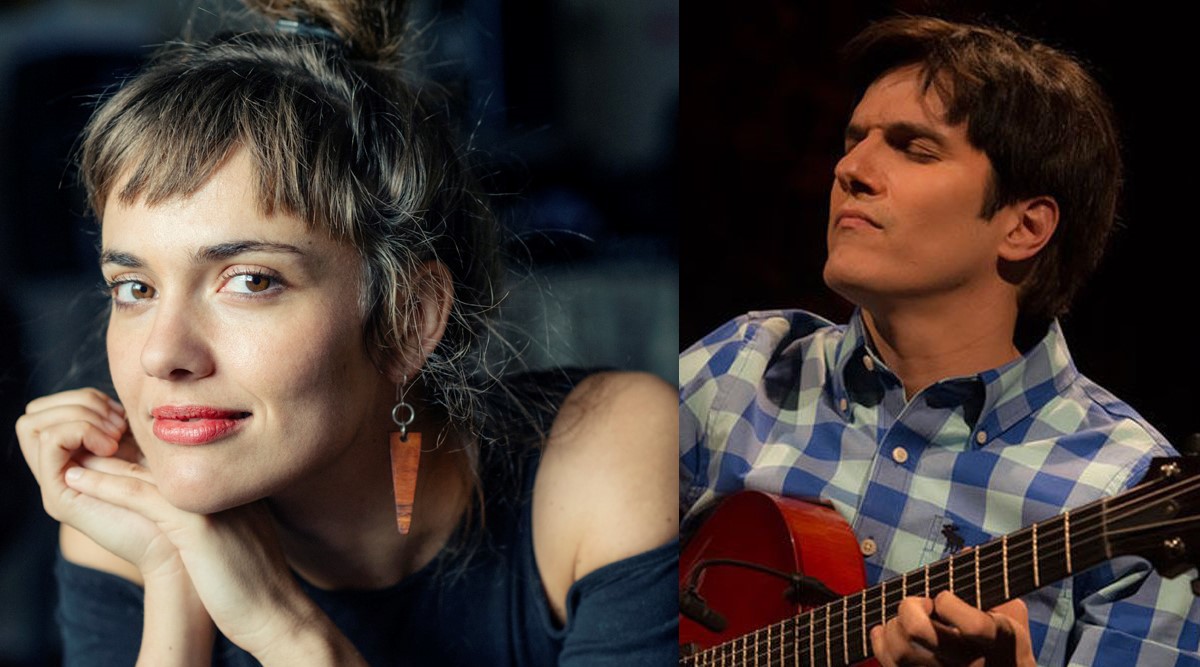 slideshow
Join us for the launch of Rizzoli Music Aperitivo with jazz musicians Camille Bertault and Chico Pinheiro. These young stars of the French and Brazilian jazz scenes launch a series of live performances at Rizzoli Bookstore that will spotlight international talent and spark cross-pollination between music and books.

RSVP by June 16th to [email protected]. Tickets may be purchased at the door for $20 and include complimentary prosecco.

Camille Bertault is THE jazz sensation of the moment in France. Feature articles on prestigious French media ranging from Vogue to Vanity Fair are turning the winner of the “best new talent" 2017 French jazz polls into a household name, recognized well beyond the circles of jazz connoisseurs. Her recent album, Pas de géant, marks her debut on the prestigious label Okeh/Sony Records and confirms the boundless talent and creativity shown on her first album and early internet videos, which went viral and contributed to launching her career.

While pursuing her diploma in classical piano at the conservatory, Camille was also studying voice and theater. After graduating, she enrolled in the jazz department where she continued her studies in music theory, composition and improvisation. Driven by her passion for writing and literary composition, she wrote and published two musicals for the young audience. Camille then began singing her own French lyrics and poetry on jazz standards and, finally, on her own compositions.

Author of witty and catchy originals with literary lyrics, Camille Bertault is often found paying tribute to music of the jazz greats that inspired her—John Coltrane, Bill Evans and Wayne Shorter—or classical composers like Maurice Ravel and Nikolai Kapustin. Her wide-ranging interests include French chansonniers like Serge Gainsbourg, George Brassens and Brigitte Fontaine, with a special penchant for the work of French polymath (writer, poet, musician, singer, translator, critic, actor, inventor and engineer) Boris Vian, who is best remembered for his novels, songs and love for jazz.

Camille Bertault's interest in the music of Brazil, exemplified by her Brazilian-tinged take on the music of Wayne Shorter (see “Casa de jada (House of Jade)" linked to this press release) has frequently taken her to Rio de Janeiro, Sao Paulo and other Brazilian cities to collaborate with local jazz musicians.

One of the leading figures in modern Brazilian music, guitarist/composer/arranger Chico Pinheiro, was born in São Paulo. Self-taught, Pinheiro started playing the guitar and the piano when he was seven years old.

After starting to perform professionally at age 15, he rounded out his musical education with a music degree from Berklee College of Music, studying with legendary teachers Mick Goodrick and Hal Crook and winning several academic/ musical prizes there during his studies.

Not only an exceptional guitarist with a wonderful sound and great fluidity, Chico Pinheiro is a unique composer of originality and maturity, qualities that stand out on his solo recordings. His first album Meia Noite Meio Dia (Sony Music) was released in 2003 with great reviews at all the most important newspapers and music magazines in Brazil and abroad, and was included in the “Top 10 Brazilian albums of the year" in the major newspapers of Brazil.