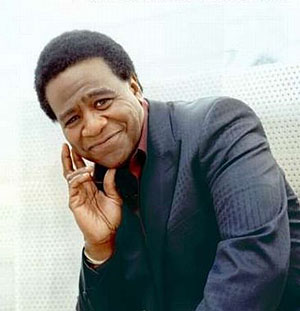 “The soul legend teams up with The Roots for his best disc in decades." - Rolling Stone

It's only half over, but 2008 has been a whirlwind year for legendary soul and R&B icon, Al Green. With his new album, Lay It Down, released May 27 on Blue Note Records, Green delivers the highest debuting record of his career, charting at #9 on the Billboard Top 200 chart and at #4 on the R&B/ Hip-Hop chart this week. It's Green's highest chart position since his classic I'm Still In Love With You peaked at #4 in 1972.

Lay It Down has also galvanized the critics, who've unanimously agreed its Green's best effort since the 70's. The New York Times declared, “Of course it's Al Green, seemingly unchanged by any trend, who owns this moment; he remains the beacon to which everyone else on 'Lay It Down' genuflects," while Entertainment Weekly said, “Al Green's just-released Lay It Down is a startling return to form for the soul great." And it doesn't stop there. The Wall Street Journal, Time, Newsweek, Parade, USA Today, the Los Angeles Times, the Washington Post, NPR and a slew of others have given Lay It Down glowing reviews. Green performed on the “Tonight Show with Jay Leno: Summer Concert Series" on Wednesday, May 21, and will perform on the “Late Show with David Letterman" on Thursday, June 5.

But the minister of L-O-V-E is no stranger to accolades throughout his career. Green has won nine Grammy Awards, been inducted into the Rock and Roll Hall Of Fame, the Songwriters Hall Of Fame, the Gospel Music Hall Of Fame, and is the recipient of the Grammy Lifetime Achievement Award.