BY JOHN EYLES
December 1, 2017
Sign in to view read count 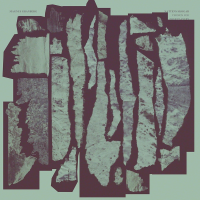 Before this release, Magnus Granberg's music had only been issued on Another Timbre, a total of five albums mainly featuring the large ensemble Skogen in which the composer plays piano or clarinet. On the most recent of those albums, 2015's How Deep is the Ocean, How High is the Sky?, a tentet playing baroque instruments included Granberg on prepared piano, his frequent collaborator Anna Lindal on baroque violin, plus the Swiss Diatribes duo of d'incise on objects & electronics and Cyril Bondi on objects & percussion. So, it is not a total surprise that this new release—issued on vinyl LP and download—appears on d'incise and Bondi's INSUB label, with the music performed by a quartet of Granberg, Lindal, d'incise and Bondi. Recorded in Stockholm in April 2016, the music consists of two extended tracks, corresponding to the two sides of an LP, totalling fifty minutes.

Apparently, the composition was originally played by Skogen (see the YouTube clip below for evidence). However, this four-player version works well, never sounding as if it lacks anything. As with past Granberg compositions, "Nattans Skogar" references other compositions, in this case Erik Satie nocturnes and Thelonious Monk's "Monk's Moods"; as with past pieces, the influence of such references is subtle and there are no heavy-handed quotations from the sources. Altogether, the piece is a model of economy, with plenty of space allowing the sounds of individual instruments to be heard and savoured. "Nattens Skogar" translates as "Night Wood," which is fitting as Granberg's music succeeds in conjuring up the tranquil ambience of its subject matter in the same way that David Tudor's "Rainforest" conveyed its subject's rather busier mood.

With each new composition, recording and concert appearance, Granberg continues building an impressive body of work that is essential listening.