Born in Moscow, Russia, in 1972. After many years of a splendid career in classical music, since his moving to Italy in december 2004 dedicates himself exclusively to performing and composing jazz that he has been playing and composing alongside with his classical activities for some years and considers as his true call. In his "adopted home", Italy, collaborates with such important figures of Italian and European jazz scene as Enrico Pieranunzi, Franco Cerri, Glauco Venier, Claudio Fasoli, Giovanni Falzone, Guido Manusardi, Gianni Cazzola, David Boato, Antonio Zambrini, Massimo Manzi and many others. At the same time peforms with some of the important international jazz artists as Klaus Gesing, Franco Ambrosetti, Gwilym Simcock, Asaf Sirkis, Ron Horton, Mike Serin, Will Holshouser, Michael Rosen, Alejandra Martin participating in such festivals like Umbria Jazz (Italy), Porsche Jazz (Italy), Iseo Jazz (Italy), Loulé Jazz Festival (Portugal), Boheme Jazz (Russia), St.Petersburg Jazz Spring (Russia), Saalfelden Jazz Festival (Austria), Jazz Carnival (Ukraine) - to name a few. While still living in Russia, performed in different concerts and festivals with such noted jazz masters as Paul Bollenback, Eddie Gomez, Miles Griffith, Shawnn Monteiro, Adam Nussbaum, Denise Perrier, Christoph Spendel and many others.

Receiving his Master's Degree in double bass as a soloist, chamber musician and teacher from the Moscow Tchaikovsky Conservatory in 1995, where he also studied composition, in 2002 he became the youngest bass player ever in the history of both USSR and Russia to be awarded the prestigious title of the Honored Artist of Russia by President Putin.

Yuri Goloubev has written a number of jazz and chamber music works as well as transriptions and arrangements, some of them are published in Russia, Germany and United States and recorded over 30 albums, including 3 CDs as a leader and composer ("Rendering", 1996, "Toremar Island", 2001, "The Bridge", 2003). Gave diverse master classes in The United States, England, Ireland and Italy. In 2000 a well-known magazine "Harper's Bazaar" placed a feature article on Yuri Goloubev.

Your playing and compositions are very strong. You should have a very successful career in both classical and jazz music - Dave Brubeck

Could you please convey my appreciation to Yuri Goloubev for the great music. It's a really wonderful CD with great writing and playing - Randy Brecker

...the superb Yuri Goloubev on the bass, a virtuoso player with the finest sensibility - www.jazzitalia.net 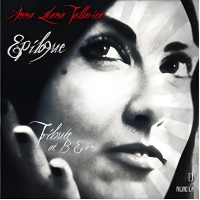 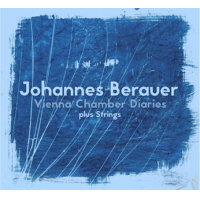 From: Vienna Chamber Diaries plus...
By Yuri Goloubev

All About Jazz musician pages are maintained by musicians, publicists and trusted members like you. Interested? Tell us why you would like to improve the Yuri Goloubev musician page.