Tom Schuman was born on January 31, 1958, in Buffalo, NY. His father, Wally, was a jazz bassist and his mother, Marion, was a jazz singer when they met. Greatly influenced by this family of musicians, Tom began playing piano by ear at age six. His parents were reluctant to give him lessons because of their own struggles with the music business. When they heard him playing jazz chords, improvising and writing tunes at age seven, they felt compelled to provide him with all of the musical support a child could possibly have.

He started studying classical piano in 1965. For five years he practiced every day after school but soon grew an aversion to classical piano because of its lack of freedom. He always preferred to "jam" on the classical chord structures instead of playing what was written. One of his teachers, Sandi Holland, was impressed with his natural talent and arranged for him to play and be interviewed on a local radio program. He played Chopin's Prelude in E-minor (as written). Then he played a jazz standard with his dad on bass and friend, Charlie Fadale, on drums. He picked "How Insensitive" because of its melodic similarities to the Chopin Prelude. He was eleven at the time. This experience gave him enough motivation to continue his musical education.

Tom began studying jazz theory, writing and arranging techniques as well as improvisational skills from a number of jazz pianists who were friends of the family. He also gained a lot of experience jamming with his dad at home as well as sitting in with many musician friends around town.

Tom's first "real" gig (other than church organist) was for his high school. He was asked to play the 1973 senior prom at a nearby banquet hall. Check this out! The hall had a dilapidated piano and when Tom pulled at the front of the piano the front legs buckled and the six-foot long, five hundred pound grand piano came crashing down on top of him! Luckily for Tom, he was not seriously hurt. But he had to finish out the gig with the piano resting on top of two garbage cans. To this day, he considers that to be the worst gig he ever played.

Well, to make a long story longer, he quickly began playing with a lot of local pop and jazz bands after joining the musicians' union. It was a great experience playing in night clubs at the age of sixteen. But more interesting and astonishing were the union gigs he ending up playing at the Buffalo Psychiatric Center and prisons like Attica, Albion and the Monroe County jail in Rochester. He played these gigs with a band called "The Existing Reality" and later a contemporary jazz band, "Birthright".

Birthright gave Tom his first opportunity to compose and perform on a jazz record. While still only sixteen years old, he traveled to Europe to help promote and distribute Birthright's "Breath of Life" record. He did radio interviews and sat in with a lot of European musicians. All of this contributed to a realistic perspective of the profession early in his life.

Returning to Buffalo, Tom performed in concerts featuring a variety of jazz artists including Mark Murphy, Sammy Noto, and Grant Green. He also became a frequent presence in local jazz clubs sitting in with other musicians. He particularly enjoyed sitting in with this new band in town led by Jay Beckenstein and Jeremy Wall. The music was fresh and vibrant. It seemed as though all the rhythms of the world were being shared and he had his first chance to play those weird synthesizers everyone was talking about. Apparently, Jay and Jeremy both liked his playing enough to invite him to perform on their recording project. They called it Spyro Gyra!

Well, the rest is history. Tom has performed on all of Spyro Gyra's albums to date and has written or CO-written over thirty-five compositions since "Catching the Sun." He released his first solo record, "Extremities," in 1990 and has plans to continue his solo career along with his work with Spyro Gyra. His dream is to someday be able to balance his solo career with guest appearances on albums of other artists as well as Spyro Gyra and find the time to score a movie or two. Who knows, with music as a vehicle, there will be no limits to Tom's creative influences on the sounds of the future.

Tom now has a new solo project, Into Your Heart. Here is what he has to say about his latest effort: "This new release is a reflection of my life for the past decade. I put 100% of my mind, body, heart and spirit into this project. From the writing, to the performances, to the production, to the mixes, to the packaging...Every aspect of this CD represents a large piece of my soul. I am offering this body of work as a loving tribute to my wife, Yvonne (hence the Valentine's Day release). She single-handedly turned my hell into heaven and my nightmares into dreams." Show less 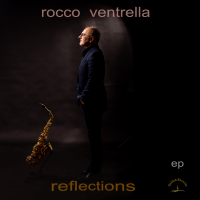 From: Reflections
By Tom Schuman

All About Jazz musician pages are maintained by musicians, publicists and trusted members like you. Interested? Tell us why you would like to improve the Tom Schuman musician page.