With the beginning of the twenty-first century comes a core of musicians with fresh and imaginative ideas for this timeless American art form known as “jazz”. This is especially true in New Orleans and clarinetist Tim Laughlin is indeed one of these musicians.

Tim Laughlin (pronounced Lock-lin) was born and raised in New Orleans, a city constantly re-inventing itself. His style and sound are uniquely his own, contrasting the classic style he grew up listening to and the contemporary influences of many.

Good Times Jazz Records (Fantasy) was pleased to release one of his latest CDs, “Blue Orleans”, a perfect example of why Laughlin is one of the “cutting edge” musicians whose musical form is always growing and changing. He has enjoyed his own compositions as recorded by artists all over the world, some in completely different genres.

As a Yamaha performing artist, he can occasionally be seen teaching clinics at various schools, from elementary to university. When not in New Orleans playing club dates, Laughlin is hard at work touring and promoting his latest release in just about every corner of the world.

Tim's latest recording, "The Isle of Orleans" is an award winning collection of a dozen originals of his own. The success of this project caught the eye and ear of a producer from a company called Music Minus One, prompting him to licence the master of this CD for one of their October 2004 issues, along with a "New Orleans Classics" CD. The two will be released with printed scores as educational CDs for students of all ages to listen and play along with the high quality of professionals hand picked for these projects.

As Hurricane Katrina brought her devistation on New Orleans and the Gulf Coast, Laughlin and his band drove overnight to catch their flight to perform a festival in Paraguay, South America. >From there, they watched the aftermath of what became the worst natural disaster in American history. Just a week after, the US State Department contacted Laughlin, asking his group to perform a one month goodwill "thank you" tour in Peru, Mexico and Canada. All had given aid to Katrina victims. The performances included public concerts, benefits and master classes to middle and high school as well as several colleges. While with the students, the band performed and discussed the relavance and importance of New Orleans jazz. Benefits included one for The New Orleans Center for the Creative Arts in Merida, Mexico, raising over $30,000 to replace instruments.

Tim is back home performing in New Orleans. As he told one reporter, "my city needs me...and I need my city." Show less

“...Tim Laughlin appears to be among the best of this decade's younger clarinetists.” --Jack Sohmer, critic for JazzTimes Magazine

“We might construct a simple musical genealogy for one significant “school” of New Orleans jazz clarinetists: Roppolo> Fazola> Fountain> Laughlin. If one listens carefully to all of them, the lineage makes some sense.” --Tom Jacobsen, Clarinet Magazine 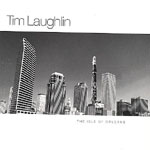 The Isle of Orleans

All About Jazz musician pages are maintained by musicians, publicists and trusted members like you. Interested? Tell us why you would like to improve the Tim Laughlin musician page.