Steve Blanco is a multi-instrumentalist musician, composer, and filmmaker. He began music at a very young age with trumpet, then switched to drums as a main pursuit. While in his early twenties he decided to switch to piano, attend conservatory, and become a professional Jazz piano player. Equally at home as a leader or sideman, Blanco became part of the NYC Jazz scene. Expanding beyond the piano, he plays keyboards, synths, organ, rhodes, mellotron, etc… These days Blanco is making a name for himself as an electric bass player, touring internationally, performing, and recording in a multitude of different projects.

A few include: Blanco is the bass player for Imperial Triumphant, Ron Anderson’s PAK, and ECB aka El Chico Blanco. He holds down the keyboard chair in Mark Feldman’s Level 5. He often performs live improvised music to films in different NY art house cinemas. In the past All About Jazz had this to say about the Steve Blanco Trio (Steve’s Jazz piano trio): “Bill Evans Trio at its tightest, combined with the unpredictable theatricality of Ahmad Jamal at his best, and then increase the intensity quotient five notches.” Blanco has also produced and directed ten short films, written two feature length scripts (unproduced), and scored many.

Steve is an active music teacher of piano, drums, and bass. He also coaches kids’ Rock bands, and is becoming well known as such, with a diverse array of clients

. In addition, Blanco is repairing, modifying, and working on guitars.

”It moves like the warrior of its title - ferociously, and in an ever-changing terrain” -Donald Elfman, All About Jazz

“This is progressive jazz at its finest” -ejazznews

“What one awaits for from a musician” -Jazz Hot

“Bill Evans trio at its tightest, combined with the rambling, unpredictable theatricality of Ahmad Jamal at his best, and then increase the intensity quotient five notches.” -All About Jazz

“All three players are so alive and aware that the music literally jumps out of the speakers.” -All About Jazz 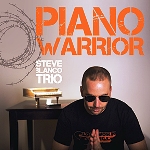 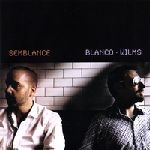 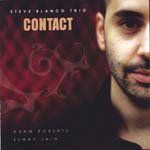 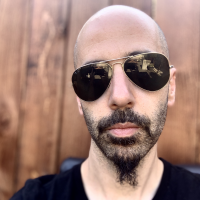 All About Jazz musician pages are maintained by musicians, publicists and trusted members like you. Interested? Tell us why you would like to improve the Steve Blanco musician page.