Described as “a veritable Picasso of the jazz guitar world” (20th Century Guitar), and “one of the most skilled, creative, and original guitarist/composers currently recording” (Acoustic Guitar), nylon-string guitarist Ken Hatfield is known for his formidable fingerstyle technique and original compositional voice that draws on influences as diverse as jazz, classical, Brazilian, and Appalachian music. His important contributions as a composer have earned him wide recognition, including the prestigious ASCAP Foundation Jazz Vanguard Award for “innovative and distinctive music that is charting new directions in jazz” (2006).

Hatfield’s nine CDs as a leader demonstrate his tremendous gifts as both composer and performer and attest to his consistently high level of artistry. 2006’s String Theory, which highlights Hatfield’s technical virtuosity and versatility as he performs a group of original works composed for classical guitar, dobro, and mandolin, was lauded by Andy Ellis in Guitar Player for its “fresh guitar sounds and novel concepts” and “brainy, dynamic, and relentlessly melodic” playing. His 2003 trio release The Surrealist Table was described by Ron Forbes-Roberts in Acoustic Guitar as “. . . an empathetic session brimming with beautifully realized musical ideas and stellar playing” and was chosen by Bill Milkowski in JAZZIZ as one of the top 20 acoustic guitar albums to have. And Hatfield’s 2002 ensemble recording Phoenix Rising was “Recommended for those with an affinity for the subtle and sublime” by Jim Ferguson in JazzTimes. Ken’s most recent and most ambitious recording project, For Langston, is a jazz song cycle for sextet in which he set to music poems by Langston Hughes (release date 2/1/13).

Arthur Circle Music has published five books of Hatfield’s compositions, and in 2005 Mel Bay published his comprehensive instructional book Jazz and the Classical Guitar: Theory and Application, designed to demonstrate Ken’s unique approach to playing jazz on a classical guitar. His compositions and writings have also appeared in numerous jazz and guitar publications, including DownBeat, Acoustic Guitar, Just Jazz Guitar, Fingerstyle Guitar, and others.

In addition to composing jazz works for his own ensembles, he has written chamber pieces that range from solo classical guitar to string quartet and mixed ensembles of various sizes. He has composed choral works and ballet scores, including commissioned works for Judith Jamison, The Washington Ballet Company, and the Maurice Béjart Ballet Company. And he has written scores for television and film, including Eugene Richards’ award-winning documentary but, the day came.

Hatfield began studying the guitar with John Griggs in his hometown of Norfolk, Virginia, before attending the Berklee College of Music, where he joined the faculty at the age of 19. He studied counterpoint and composition with Paul Caputo in New York City, and received the degree of Bachelor of Arts from the State University of New York.

Meet Guitarist Ken Hatfield on the AAJ Bulletin Board

Acclaimed Guitarist Ken Hatfield Showcases The Swinging Side Of... 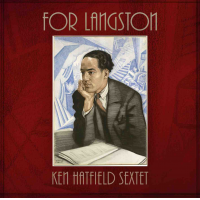 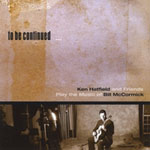 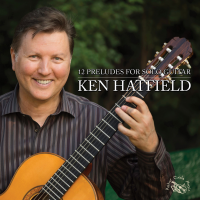 From: 12 Preludes for Solo Guitar
By Ken Hatfield

All About Jazz musician pages are maintained by musicians, publicists and trusted members like you. Interested? Tell us why you would like to improve the Ken Hatfield musician page.