Steve Myerson studied jazz performance, arranging, accompanying, conducting, and musical theater music performance at the University of the Arts (BA '99) in Philadelphia, PA and at the renowned jazz school William Paterson University (MM '03) in Wayne, NJ. Some of his teachers include Trudy Pitts, Bill Charlap, Andy Laverne, Harold Mabern, Mike Longo, and the late James Williams. While in college, Steve performed with many jazz artists including trumpeter John Swana, and drummer Adam Nussbaum. After seeing Steve perform with one of the university ensembles, the late Grover Washington Jr., hired him to play 2 weeks of concerts in the Philadelphia area. Steve ended up one of the last pianists ever to work with this great saxophone legend. After college, Steve landed the keyboard spot for the Grammy-Award nominated Stylistics. He went on to tour with the soul jam presentation for over a year. Other acts in the series included Harold Melvin and the Blue Notes, the Dramatics, the Chi-Lites, Ray Goodman and Brown, and more. Steve made his television debut performing with the Stylistics for the United Negro College Fund on NBC. In 2005 Steve was selected as music director for the Sonny Grosso/Phil Ramone production "Be My Love", a play with music about legendary tenor Mario Lanza. Steve worked with famed Billy Joel producer Phil Ramone on the music, and coached vocals for the entire cast. Steve also played a small part as "Sal", Lanza's accompanist. Steve also is the keyboardist/pianist/arranger in the Kevin Jordin film “Brooklyn Lobster”, presented by Martin Scorcese and starring Danny Aiello and Jane Curtin. In 2006, Steve sat at the piano with singer Gianni Russo (Carlo Rizzi of "The Godfather") for a six-month weekly engagement at the legendary Rainbow Room. This run of performances was only the beginning of what has now turned into a permanent music director position. Recently, Steve co-produced a live CD recording titled "Gianni Russo: Live At Feinstein's", and released his first solo album "In Your Absence" on Jazz Excursion.

Currently teaching privately at the Lindeblad School of Music,Pine Brook, NJ. Please visit my website for more info on lessons. 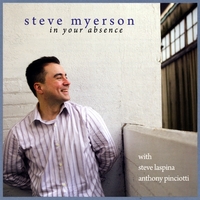 All About Jazz musician pages are maintained by musicians, publicists and trusted members like you. Interested? Tell us why you would like to improve the Zen Zadravec musician page.