There are many ways to measure the greatness of a musician. You can talk dollars or awards or recordings or even high-profile gigs. But for the best of the best, put your money on the ones that other musicians talk about. Among Latin bass players, that's Ruben Rodriguez.

His first big gig was with Johnny Colon in 1979. Since then he's worked with Tito Rojas, Luis Ramirez, Ray de la Paz, Willie Colon, Dave Valentin, Charlie and Eddie Palmieri, Hilton Ruiz, Johnny Pacheco, Jose Fajardo, The Fania All Stars, and the late great Machito to name just a few. In the mainstream jazz field there's people like Grover Washington Jr. and Roberta Flack. And this is still a young man.

He grew up mostly in East Harlem during the 60's and 70's. But from 1969 to 1974 he lived in Puerto Rico. It's where he got his first musical training. An uncle in the states sent over a trumpet, and Ruben took lessons from an old Puerto Rican teacher. His father was also a musician who played classical guitar, and Ruben learned something about that instrument as well. It wasn't until 1977 though, that he picked up the bass, in junior high.

"Actually it picked me. Nobody in the class would play the darn thing. It was a big, wooden upright, and from September of 77 to January of 78 I dealt with that thing. Then the school got an electric bass and I just switched."

Since then he's been mostly self-taught but spent some time under the tutelage of the esteemed bassist Victor Venegas.

"Victor Venegas was my primary teacher. He was the one who set me straight on this-is-the-fingerings and this-is-the- way-you-do-things. In school they taught me the staff and how to read music. With Victor I got better doing it. He was bringing me material and I would go on jobs with him. When I started studying with Victor in 1979, he had me on the acoustic and made my fingers bleed. The action was so high on the instrument you know, and I'd have to get the note out, and he would press my fingers down on the fingerboard. Then I got into the electric bass because I'd always had one around, and started studying and listening to people. At that time it was guys like Eddie Gua Gua and Sal Quevas. Bobby Rodriguez also played electric at that time, sitting down, with his thumb. And swinging, all those guys were swinging. Victor played electric also, on a lot of things. I used to go with him and carry his instruments and sometimes he'd have to double-up, play electric and acoustic on the same job."

The bassist Ruben credits with being his biggest influence is the legendary Bobby Rodriguez.

"Bobby is a god to me. And to a lot of bass players in my generation and maybe the generation before me too. He just had what epitomizes the New York sound. He was born in 1927 and grew up during the Be Bop Era. He's one of the few guys I know who actually got to see Jimmy Blanton, one of the true bass innovators in jazz, play with Duke Ellington. Bobby played very melodically as opposed to Cachao style, which is more a rhythmic style like a melodic conga. To me it was like solo statements in his accompaniment, which is what I like to try and do. One of the main things I learned from Bobby was how to say something without having to take a solo. When he was growing up it was in the Be Bop era. He was hanging out with guys like Charlie Parker and Dizzy Gillespie, and the cats of that time, and he was influenced by them and by the jazz bassists of that era. So he had all that, and he brought it over to what he was doing, which was Afro- Cuban music, Latin music."

When Martin Cohen interviewed Ruben in the last days of the 20th century, it was a time for taking stock, for looking back as well as forward. For remembering the music and the people that had gone before and anticipating what was yet to come. Martin asked him what musical memories were special to him.

"Always, working with Tito Puente to me, is an honor. He's even taken time to hang around with my son, who's a timbalero. He was recording when my son was about 2 or 3 years old, and he took a 10 minute break and showed him his drums and gave him a little lesson. And I cherish that. There was Machito of course. And then there was Roberta Flack. Working with her was special. Just her voice, the way she sings the songs. You can't really deviate much when you're playing ballads. You just have to play what's there and what's right. You don't play too much, just accompaniment."

"In addition to the fun I had playing with her-Buddy Williams was in the band and Barry Miles-it was a learning experience: keep it clean, keep it simple."

"I would also have to say working with Grover Washington Jr. was special. How we met was Sergio George was producing tracks and Sergio was going to go and put the saxophone track down, and he said, You want to go to Philadelphia? And I said, Let's go, Let's used to be here to quote the great Jimmy Sabater And that's how we met. I think that was the fall of 91. I was on tour with Roberta the next spring and we did a show at Wolf Trap, Virginia, where we opened up for Grover. So I got to hang with him a little. Then in 93 I found out he needed somebody. Buddy Williams called me and said, `Yo, they're looking for somebody. Call now, here's the digits'. So I called and I got lucky, I got the job. And I was actually juggling both gigs, his and Roberta's, for about 6 months. I had a great time with both of them."

Great musicians are not necessarily great human beings. But unfailingly, when people praise Ruben's bass playing they also praise his humanity. This is a man people love for his good heart as well as his quick hands. Long may he play.

All quotes taken from an interview conducted by Martin Cohen in December of 1999 for MPR. Show less 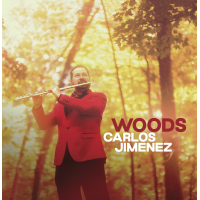 All About Jazz musician pages are maintained by musicians, publicists and trusted members like you. Interested? Tell us why you would like to improve the Ruben Rodriguez musician page.