Composer and bassist Rob Thorsen’s new release, “Lasting Impression,” takes us on a journey through an audible photo gallery of contrasts, colors, shades of light and space. Although he has focused on musical landscapes before as a leader on three previous CD’s, his current project demonstrates an evolution and maturity as a composer and musician that clearly raises the bar. Rob is a devoted and seasoned instrumentalist, equally confident with standards and original compositions, whose bass sings with a warmth and creative spirit while maintaining an engaging interactive dialogue with the ensemble. “As a creative musician one can never be sedentary in approaching a performance, whether it is live or recorded. Clearly, the musicians on this CD completely dedicated themselves to making this a stimulating and inventive musical endeavor,” remarked Thorsen.

Thorsen credits his mother for his musicality as she surrounded their home in San Diego, California with her classical guitar sounds and textile arts skills. To that end it is obvious why Rob developed a knack for weaving instrumental textures in his music through various combinations of timbres and sonorities and has a special interest in visual arts through his own photography. Thorsen describes his concept for the current project: “I took the jazz quintet format and added or subtracted instruments as I needed for particular songs. There is one solo track, two trios, three quartets, three quintet pieces, and one sextet. The sextet uses alto flute, bassoon, and flugelhorn. I like using different combinations of players as good musicians adapt immediately to different group situations - it helps create a variety of sounds on the recording.”

Rob is no stranger to different instrumental sounds since starting out playing baritone ukulele at age six, switching to classical guitar at eight, then flute, saxophone and tuba through High School and finally buying his first electric bass at a garage sale in San Francisco at nineteen. In his twenties he discovered the upright bass and that became his one true love beginning a long career that started with his first gig on a cruise ship. What made Rob gravitate to the bass was the fact, as he describes, “that you feel as much as you hear when playing an acoustic bass due to its amazing design physically as far as projecting low frequency sound. I’ve worked at developing a good sound with the bow as well,” continued Thorsen, “It completely changes the character of the instrument and gives the player many vocal-like opportunities.“

He became interested and motivated in learning jazz after hearing some of the old Dave Brubeck recordings his mom had along with Cannonball Adderly’s, “Live in San Francisco” and Rahsaan Roland Kirk’s, “I Talk With the Spirits.” Although mostly self taught on bass, Rob attended the Musicians Institute in Hollywood and the University of Miami giving him the opportunity to practice and work on theory and arranging. Besides private lessons in the past with Bert Turetzsky, Bob Magnusson, Rufus Reid and John Clayton, he currently continues to advance his skills by studying with Susan Wulff, assistant principal in the San Diego Symphony, and occasionally with the great alto saxophonist, Charles McPherson.

Besides his contributions on other artist’s recordings, Rob has produced his own CD’s: “First Impression”, Evolution” and “Moon Ray,” garnering noted reviews and radio airplay. He has an extensive list of venues where he has performed at throughout his career as both a sideman and leader that include: The Great American Music Hall, Kimballs, Yoshi's, the Concord Jazz Festival, Newport Beach Jazz Party, Glenwood Springs Festival and tours in Mexico and Germany. “I love the creative possibilities of playing with other musicians and the interaction that occurs when everybody is listening and reacting off one another,” shared Rob. “For me there are two kinds of musicians in the world, those that listen and those that don’t.”

It will not take long to recognize that on “Lasting Impression” Thorsen has surrounded himself with those musicians that listen: Geoffrey Keezer and Josh Nelson (piano), Gilbert Castellanos (trumpet and flugelhorn), Ben Wendel (tenor sax and bassoon), Duncan Moore (drums), John Rekovics (alto flute), and Charlie Chavez (congas). The diversity of these musicians strengthens Rob’s musical vision of creating a tapestry of sonic personalities and cultures through the music of recognized jazz greats (Charlie Parker, John Coltrane, George Gerswin, etc.) along with his own original compositions that echo the landscapes of Costa Rica. Just like Duke Ellington, Rob’s compositional approach relies on the qualities of each of the musician’s talents resulting in a cohesive and unique result. He often leans towards emotional musicianship as opposed to technical virtuosity, which explains why the music on the CD touches the sensitive vulnerability of the listener. In the end Rob Thorsen succeeds in delivering a remarkable “Lasting Impression.” Show less 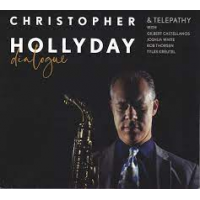 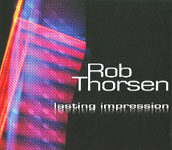 All About Jazz musician pages are maintained by musicians, publicists and trusted members like you. Interested? Tell us why you would like to improve the Rob Thorsen musician page.