My parents made me take piano lessons when I was four. Mom encouraged me to practice what the piano teachers wanted me to play, but I always wanted to play the music I heard on the radio or TV.

I studied classical piano at first, but I soon became more interested in playing jazz and popular music "by ear", entertaining the family members after Sunday dinner. My grandfather played his old records and encouraged me to figure out the songs. My first interest in traditional jazz came from an old record I came across, "Curtain Going Up" by the Dukes of Dixieland.

My first paid gig was in 1991 at a local art center, and my repertoire grew rapidly when I began working at the Pullman, a local restaurant frequented by lovers of old architecture, old antiques, and old music. I played requests and specialized in ragtime, traditional jazz, gospel, blues, marches, and popular songs from the 20th century. Through high school I played for theater productions, musicals, and in my church. Three Cheers for my band director, Doug Lane, and his fantastic band program! While still in Staunton, I played with some talented local musicians in a Dixieland group we called the St. Clair Street Band. I played tuba with this band and started to learn how this style of music works. Jim Harrington, Buddy Thomas, Ross Brooks, and Richard Adams all taught me some valuable lessons.

I studied trombone at James Madison University in Harrisonburg, Virginia, and had the opportunity to learn from many talented jazz musicians, mostly fellow students. I played piano with the Wind Symphony and I played keyboards with the Madisonians, the school's show choir. I performed also with jazz combos at local restaurants. I focused on recording while at JMU, and graduated in 1999 with a music degree and a business minor as well.

After college I worked for Busch Gardens, a theme park in Williamsburg, Virginia with a European atmosphere. It was there that I took up the accordion and played that as well as keyboards.

While in Williamsburg, I played with an amazing drummer named Gary Garlic. I played with his jazz combo, "After Hours". We played in clubs, resorts, festivals, restaurants, and weddings all over the Tidewater area of Virginia. Gary hipped me to a whole bunch of different artists and styles. He taught me a lot about how the industry works, and showed me what it means to be "professional". I sure hated to say good-bye to Gary and his tight little group. He says "Follow your heart".

I played piano with showbands on four different cruise ships under the Carnival flag; the Sensation, the Ecstasy, the Celebration, and the Destiny. This was a wonderful experience and I would recommend it to any musician as a chance to follow personal musical aspirations and to see some of the most beautiful places on the earth.

My heart led me to New Orleans, where I found a job working with the Dukes of Dixieland. We play nightly on the Steamer Natchez and travel all over the world. (Please visit our website at www.dukesofdixieland.com). I can be seen playing in many other locations, all around the historic French Quarter. Look me up if you get a chance! Show less 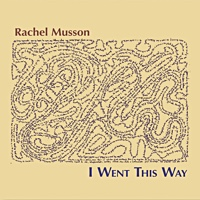 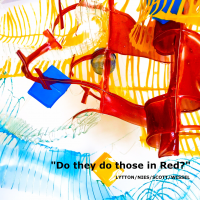 All About Jazz musician pages are maintained by musicians, publicists and trusted members like you. Interested? Tell us why you would like to improve the Richard Scott musician page.