Paul Shapiro, saxophonist, flautist, composer and bandleader, has been active in New York 's creative music scene for over two decades. Throughout the eighties he led his own avant-funk band Foreign Legion, which was featured on Emergency Records' compilation "This Is The Funk." Paul was a longtime member of Philip Johnston's Microscopic Septet that toured internationally and recorded for Stash and Osmosis Records.

In the early nineties Paul started to record for many of the new producers of dance music and hip-hop. His most noted work from that period is his song-length flute solo on Frankie Knuckles' "The Whistle Song," which became a top-ten pop hit in the UK, and an international dance club classic. His full-length soprano sax improv can be heard on NuYorican Soul's anthemic "The Nervous Track." He also appeared on albums by Queen Latifah, Naughty By Nature, Marc Anthony and India around that time.

In 1994 Paul became a founding member of Brooklyn Funk Essentials, an international group of instrumentalists, spoken word artists, and rappers, that recorded for RCA and Shanachie Records. The band's second album was recorded in Istanbul , Turkey and combined forces with the Turkish group Laco Tayfa. Paul's composition "Mambo Con Dancehall" from the third album, was released as a single in Europe on PIAS and Dorado.

In 1998 Paul wrote the score to Cheryl Dunye's critically acclaimed film "The Watermelon Woman." Other composition credits include "The Sun Gets Blue" a musical by William Electric Black, and “Presque Isle,” a play by Joyce Carol Oates. He has also scored commercial spots for television, most notably David La Chapelle's 'Baby Jane,' for MTV.

In 2003, Paul's first album as a leader entitled "Midnight Minyan" was released on John Zorn's Tzadik Records label. It has been featured in The Jewish Week, The Forward and Hadassah Magazine, and has received many excellent reviews. Will Friedwald in the New York Sun writes, “In 2002, my favorite single track on a CD was Cassandra Wilson singing “Darkness on the Delta” on her album,“Belly of the Sun”; so far this year, Mr. Shapiro's “La Chaim” is the leading contender.

Paul's Midnight Minyan band has performed at Tonic, Makor and the Museum of Jewish Heritage, and has been featured on NPR's “All Things Considered” as well.

Paul Shapiro grew up in Westbury, Long Island. He has a BA from McGill University, Montreal, Canada. Show less 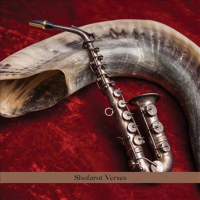 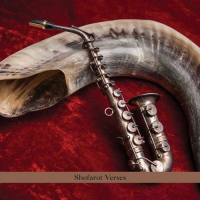 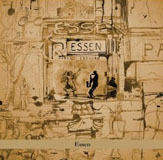 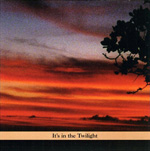 It's In The Twilight 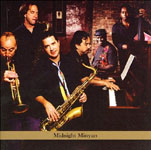 All About Jazz musician pages are maintained by musicians, publicists and trusted members like you. Interested? Tell us why you would like to improve the Paul Shapiro musician page.